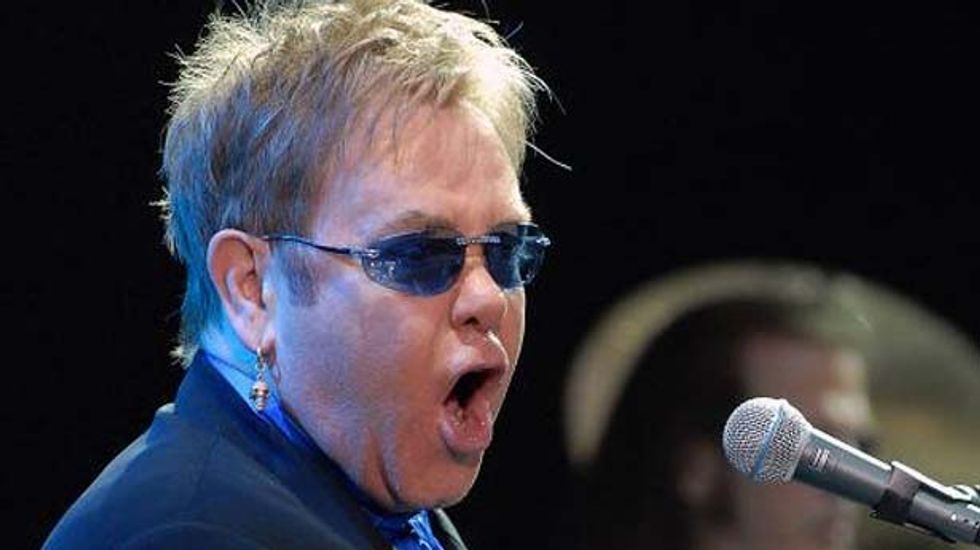 "The only thing we can do as believers is to call the people not to give into the temptations of the devil and not attend Elton John's Russian concerts," Seidzhagfar Lutfullin, the imam of a mosque in the Volga city of Kazan told the Nezavisimaya Gazeta daily.

"Divine retribution for taking part in a hotbed of sodomy will fall both on those who attend the concert and those who perform there," said the cleric from the Zakaban mosque in Kazan, a city with a large ethnic Tatar Muslim community.

The cleric, known for his outspoken statements, also posted a message on the mosque's website calling the British singer "the devil's work."

John and other Western pop stars including Madonna and Lady Gaga have criticised Russia for discriminating against gay people after President Vladimir Putin in June signed a law banning the promotion of homosexuality to minors.

Gay rights activists say the loosely-worded law can be used to prevent the holding of any public event. It has prompted unprecedented discussion in Russia where gay pride marches are regularly banned by officials.

John is set to perform concerts in Moscow and Kazan in December. He told Britain's Guardian newspaper last month that as a gay man he felt he had to go and support Russian gay people despite uncertainty about his reception.

John's planned concerts have already prompted a protest from a conservative parents' group in the Urals.

The Urals Parents' Committee last month wrote an open letter to Putin warning that John planned to speak out against the anti-gay law onstage and asking the president to take the situation under his personal control.