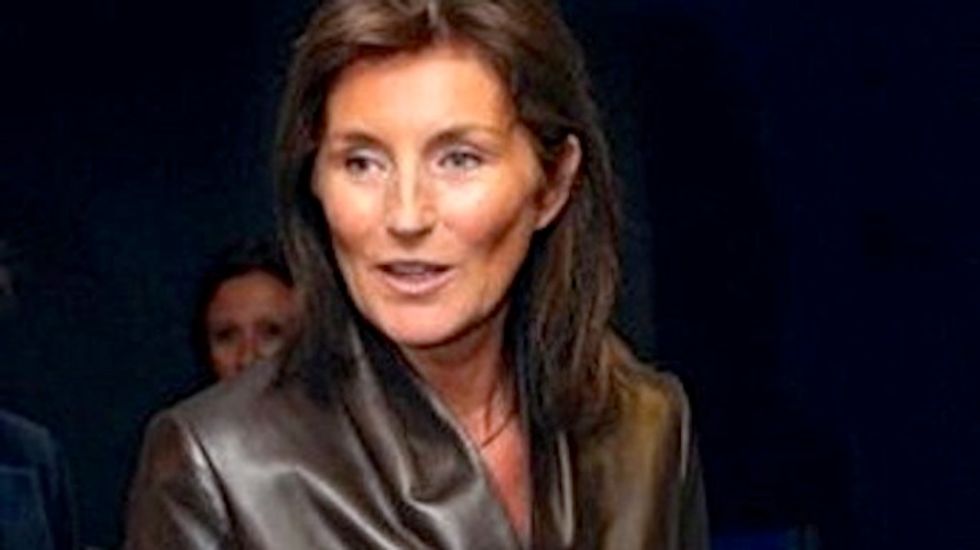 Cécilia Attias -- who divorced former-French president Nicolas Sarkozy shortly after his 2007 election victory -- claims in a new book that she berated and insulted the late Libyan dictator Muammar Gaddafi when she was sent to secure the freedom of six medics facing execution.

The five Bulgarian nurses and one Palestinian doctor had been convicted -- allegedly after torture -- of starting an HIV epidemic at a children’s hospital in the Libyan city of Benghazi in 1998.

In excerpts of her book “A Need for Truth” (Une Envie de Verité), published Thursday in weekly magazine Le Point, Attias described a "lonely" diplomatic mission to Libya, telling how she was driven -- alone and in a car that blocked mobile phone signals -- to an isolated compound near Tripoli.

Once there, she was led into a murky underground bunker. The door slammed behind her and she heard a key turn to lock her in.

In walked Gaddafi, she wrote, “this decrepit former athlete with a puffy face, obviously tired and looking like a second-rate actor in a second-rate production.”

Before he could speak, she claims she launched a verbal barrage at the Libyan strongman: “Are you at all aware of how I have been treated? And don’t stand so close to me!

“If anything happens to me here you will have to answer for it in front of the international community. And you don’t want that to happen.”

After a confused exchange with the Libyan strongman -- in which he made vague excuses for not seeing her earlier -- Attias felt she had the upper hand.

“He was obviously taken aback,” she wrote. “And I realised what was going on. The decision [to release the prisoners] was not being blocked by him, but by his government and by his son, Saif al-Islam.”

‘Are you happy now?’

“I want to invite your husband to Tripoli,” Gaddafi stuttered, according to Attias.

She said she then laid down an ultimatum: “He will never come to see you unless you release the medics.”

Then, “angry and obviously wanting an end to the conversation”, he replied: “I want to give them to you. There, you can have them. Are you happy now?”

Attias says she immediately dispatched two French security officers to the prison where the six were held, and after confused negotiations with the frightened governor, they left with the freed nurses and the doctor.

Sarkozy and Saif al-Islam, speaking on behalf of the Libyan government, later denied that a huge arms deal signed between France and Libya in the following months had anything to do with the prisoners’ release.

Attias’s less-than-complimentary description of Gaddafi -- who was killed in a rebel uprising in 2011 that enjoyed strong French military backing -- is the only time she goes out of her way to tarnish any of the players in her life story.

Notably, she treats her former husband with a large degree of respect.

She wrote that she met and fell in love with her future spouse Richard Attias in 2005, later returned to Sarkozy’s side for his presidential campaign and despite becoming France’s first lady in May 2007, divorced him soon after.

“It just so happened that he was French president, but I did what I had to do,” she said, adding that some of her friends had divorced their husbands hoping to take her place.

“Some people will do anything for money and power,” she wrote.

Cécilia Attias’s book is on general release from next week.