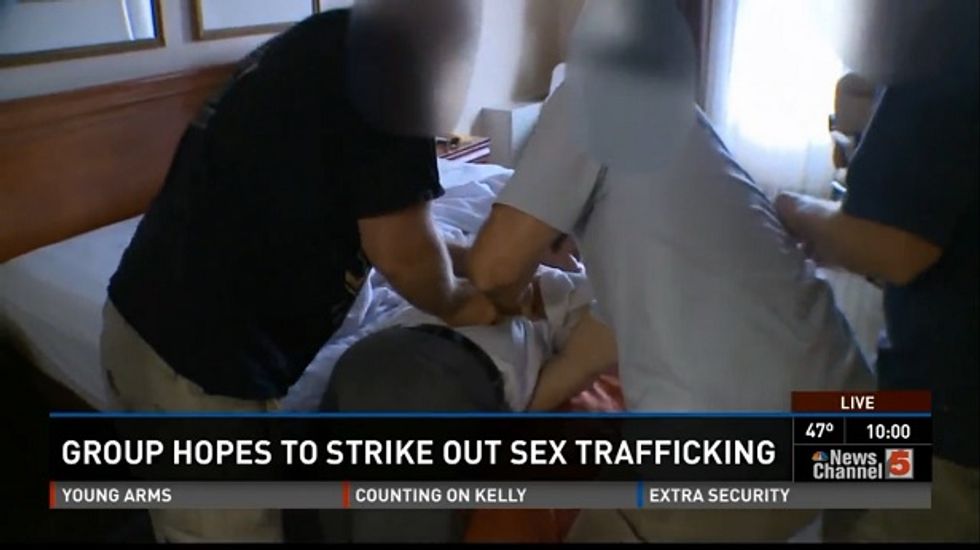 At Busch Stadium in St. Louis, World Series fans will find a few strippers walking the streets, bearing an unexpected message. The front of the cards they hand out look like souvenir baseball cards. The back has contact information for the victims of sex trafficking to get help.

About 75 area dancers, waitresses, bartenders, managers and club owners began training to spot victims and sex traffickers in September, as part of a movement called Club Operators Against Sex Trafficking.

A strip club owner, Michael Ocello, started the group and printed 10,000 baseball cards to be handed out by his employees and volunteers this weekend.

Watch a report about their work below.