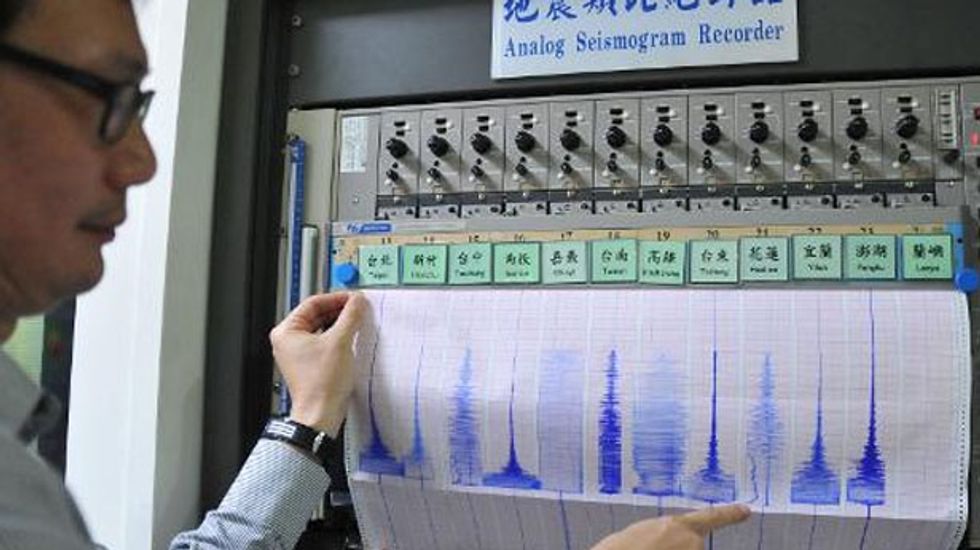 A strong earthquake struck eastern Taiwan Thursday, shaking buildings in the capital and across much of the island and sending panicky residents running for shelter.

But initial reports suggested the island escaped with few injuries and little damage.

The 6.3 magnitude quake had its epicentre 53 kilometres (33 miles) southwest of Hualien city at a depth of 19.5 kilometres, according to the country's Seismology Centre.

A series of aftershocks followed the powerful quake, it said.

The US Geological Survey gave a slightly higher magnitude of 6.6 and a shallower depth of 9 km.

A fire agency official in Hualien told AFP that a 79-year-old woman fell at her home, slightly injuring her leg, adding that a gas leak was reported at another home.

Hundreds of bottles and other items were shaken off shop shelves outside Hualien.

Even though the quake had little impact, the defence ministry ordered its troops on standby.

Eight people were trapped in elevators in Hualien and the greater Taipei area, but were later rescued, the National Fire Agency said.

The Pacific Tsunami Warning Centre said there was no threat of a tsunami after the quake struck at 8:02 pm (1202 GMT).

"Buildings in Hualien and most cities shook for about a minute," an official with the seismology centre told reporters.

Residents in Taipei took to social media to describe their alarm.

"Yikes. Now the sirens are going. Definitely the worst earthquake I've felt here," wrote Lola Dodge on Twitter, describing herself as an expat living in Taipei.

Elga Reyes tweeted: "Ohmygod. That was the scariest moment ever! Earthquake in Taipei. I could hear the walls creaking. And felt like I was swaying on a ride."