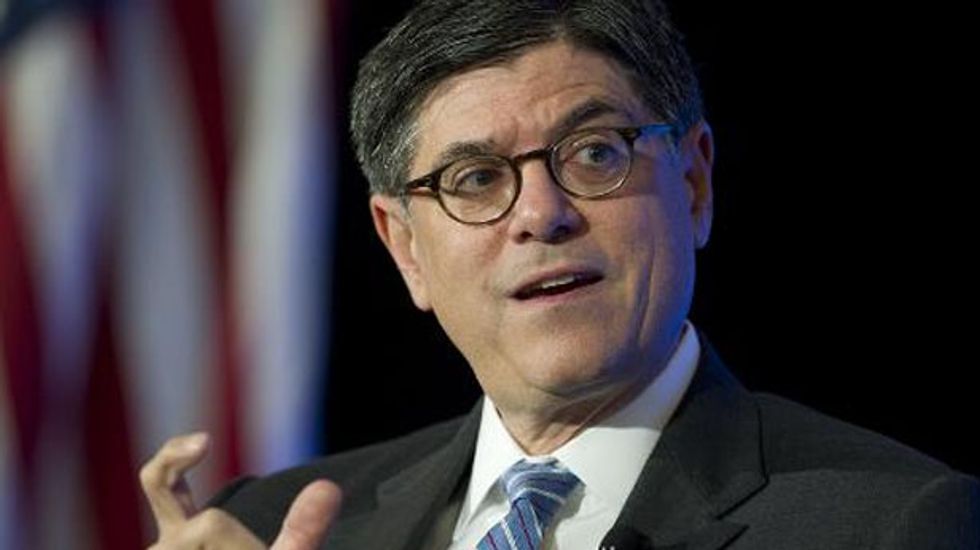 A US default on its obligations forced by Congress not raising the country's borrowing ceiling would have catastrophic effects, the Treasury warned Thursday.

With the government likely to exhaust its cash reserves around October 17, the Treasury said being forced into non-payment of any of its obligations -- and in particular its debt -- would spark turmoil in financial markets and possibly send the country back to a recession as deep as that of 2008-2009.

"In the event that a debt limit impasse were to lead to a default, it could have a catastrophic effect on not just financial markets but also on job creation, consumer spending and economic growth," the Treasury said in a report.

"Credit markets could freeze, the value of the dollar could plummet, US interest rates could skyrocket, the negative spillovers could reverberate around the world, and there might be a financial crisis and recession that could echo the events of 2008 or worse."

The government is already just barely operating below the $16.7 trillion debt ceiling, using "extraordinary measures" since May to meet a chronic deficit of about $60 billion a month.

Those measures will be exhausted by October 17, leaving the Treasury with only a small amount of cash to meet constant payment obligations.

The Treasury said that the impasse in Congress over passing a new budget and raising the debt ceiling had already tentatively affected markets, echoing the fight over raising the limit two years ago.

The July-August 2011 battle went to the brink of default and, though that did not happen, still saw the US triple-A credit rating cut by Standard & Poor's.

A senior Treasury official, speaking on condition of anonymity, said that even without a default, the 2011 debacle put "long-lasting scars" on the economy.

The official cited a decline in household wealth, a fall in business confidence, and a rise in loan rates for business and home buyers.

The official said that by October 17 the Treasury will have only $30 billion in cash on hand and facing payment requirements that sometimes top $60 billion in one day.

So far that is not affected by the government shutdown which began on October 1, after Congress failed to agree on a funding bill for the new 2014 fiscal year, the official said.

But the official would not detail just what kind of obligations the Treasury would first be forced to renege on when its cash pile expires -- debt service, retirement benefits, health care services, or other regular payments.

"Forecasting this, the payments, is difficult, particularly in this environment, with the government shut down in the first place."

"The only way out of this is for Congress to act," the official said. "There are absolutely no good options"