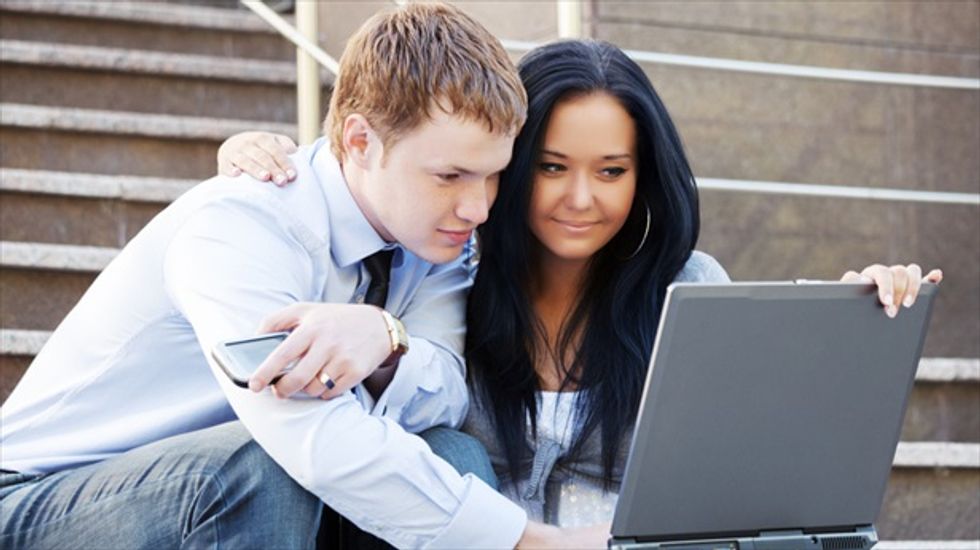 Just before graduating from the University of Michigan, Calvin Schemanski began his start-up.

With two classmates, he got free office space on campus and $7,500 in funding from the university's student startup accelerator, TechArb.

The project is among dozens at Michigan and thousands across the United States getting help from "incubators" at US colleges and universities, often with a dream of launching the new Facebook or Google.

"There's a real spark of entrepreneurship on campus," said Schemanski, who graduated in 2012 with a business degree.

"There are a lot of entrepreneur clubs and programs and events every couple of weeks," he told AFP.

The 23-year-old, who had begun his own pedicab service as a freshman, acknowledged that "it's definitely a sacrifice" to work nights and weekends on these projects while other students attend parties and football games.

But he said "there is a good support network" of professors and mentors to help students and new graduates get their startups going.

Hundreds of US colleges and universities have created incubators, aiming to provide a different kind of educational experience, and a chance for a successful company.

"I see this as an extension of education which provides practical training," says Vivek Wadhwa, a technology entrepreneur with affiliations at Stanford, Emory and Duke universities.

Wadhwa is also vice president for innovation at Silicon Valley-based Singularity University, which focuses on new technologies and entrepreneurship.

"The likelihood of another Google or Facebook is one in 10,000, but it doesn't matter. Students gain lots of good experience. They come out much smarter," he said.

According to the National Business Incubation Association, a third of the 1,195 incubation programs in North America had a college or university as their primary sponsor in 2012, compared with 20 percent in 2006.

In some cases, this can mean hefty payouts for the schools from patents and copyrights.

According to the Association of University Technology Managers, higher educational institutions earned $2.6 billion in license income, and helped launch 705 startups in 2012, bringing the total number of companies in operation to 4,002.

A lot of that money has filtered to Stanford, which helped launch Google, its most financially successful investment.

A 2010 Stanford report said its Office of Technology Licensing had helped lead to 8,000 inventions and earned about $1.3 billion in royalties over 40 years.

At Carnegie-Mellon University in Pittsburgh, Pennsylvania, students make pitches for $60,000 awards as part of an "entrepreneurial boot camp."

The school has launched some 300 companies and created more than 9,000 jobs in the region.

The University of Michigan reported venture licensing revenues increased from $13.8 million to $14.4 million last year on 98 new companies launched in the last 10 years.

Even outside the large, prestigious schools, incubators are taking their place on campus alongside the football team and fraternity parties.

Community colleges, often getting funds from foundations, have launched dozens of incubators, as have schools around the country from Harvard and the Massachusetts Institute of Technology to the University of Southern California.

'A giant tech incubator with a football team'

Stanford stands out, however, because of its location in Silicon Valley and its association with some of the region's most prominent tech firms.

The school recently announced a grant of $3.6 million for a business accelerator called StartX, which will step up efforts to fund new ventures.

New Yorker journalist Nicholas Thompson wrote that Stanford's close ties to Silicon Valley industry have changed the dynamics of the university, quipping that "the school now looks like a giant tech incubator with a football team."

Wadhwa, unfazed by the comment, counters: "What's wrong with that?"

He adds that in Silicon Valley, students are focused on entrepreneurship and that "learning has to adapt to new times."

"In an era when the cost of a university education has gone up way faster than the value of it, we need new business models to sustain universities other than tuition increases, federally funded research, and the generosity of the alumni," Wilson wrote on his blog.

"I am glad to see Stanford and some other schools trying it out. If universities are the farms, I think students might be the farmers, not the cows."

But Dennis Basulto, a consultant who is writing a book on innovation, argues that the focus on venture capital is destroying the college experience.

"The hallmark of a liberal arts education, for example, has always been the idea that college teaches you how to think and meet diverse types of people you might never again meet in your life," he wrote on his blog.

"The focus was on building life-long skills, not just learning how to write a few lines of code."

Basulto says that "our greatest fear should be that Silicon Valley venture capitalists -- and the vast technology ecosystem that they've established of incubators, angels and start-ups -- are about to forever change the college experience."

As the world waited with bated breath for the US presidential inauguration, Tesla CEO Elon Musk had more pressing issues at hand -- exchanging tweets with Miami's mayor about building a tunnel system under the Florida city.

Other mayors seemed enthusiastic about the potential project by Musk's Boring Company, but many Floridians were quick to point out how shallow the water table is in the state's swampy south.

Jennifer King will become the first full-time Black female coach in the NFL's history when the Washington Football Team promotes her to offensive assistant, US media reported Thursday night.

King, who played for three professional women's gridiron teams including the D.C. Divas, has spent the past season as an intern with Washington, helping out with the club's running backs.