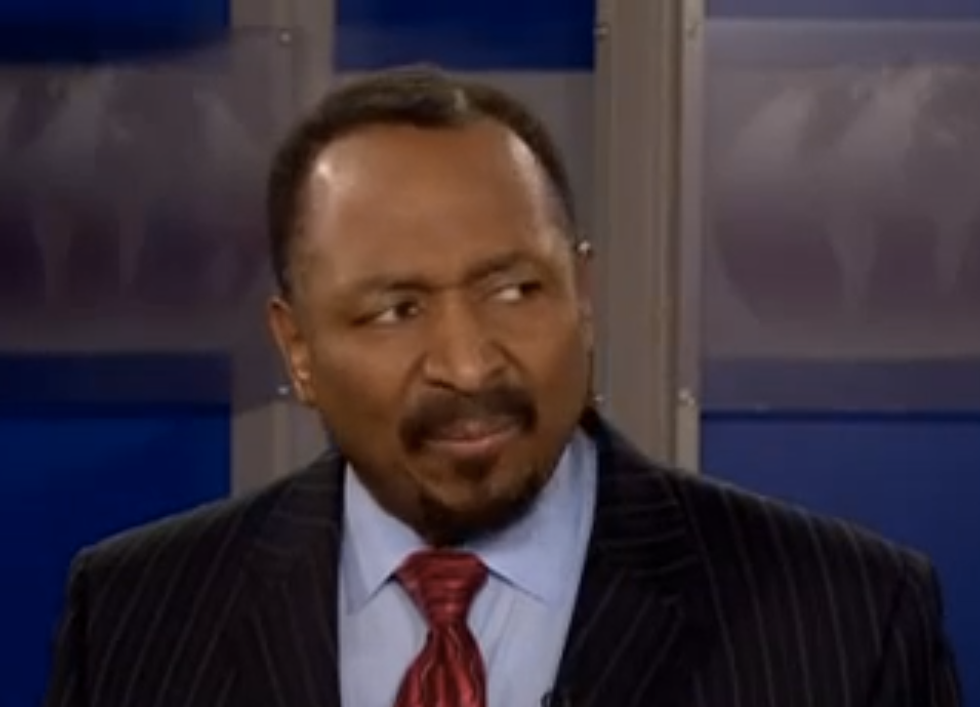 In found video from 2011, tea party Republican candidate for Virginia lieutenant governor E. W. Jackson said that God will stop blessing the U.S. military because of the repeal of "Don't Ask, Don't Tell." According to Right Wing Watch, Jackson was speaking at the 2011 Virginia Family Foundation summit.

If LGBT people are allowed to openly serve, Jackson said, and military chaplains officiate at same sex marriage ceremonies, "How in the world can we expect our military to be blessed by the hand of almighty God if we allow our military to become the equivalent of Sodom and Gomorrah?"

Jackson is running alongside current Attorney General Ken Cuccinelli (R), who is running against Democrat Terry McAuliffe for governor. The Republican ticket is currently polling more than 10 points lower than the Democrats.

A former pastor, Jackson has a history of inflammatory anti-LGBT remarks, including saying that LGBTs are "very sick people" whose behavior is "wrong and unacceptable."

Watch the video, embedded below via Right Wing Watch: