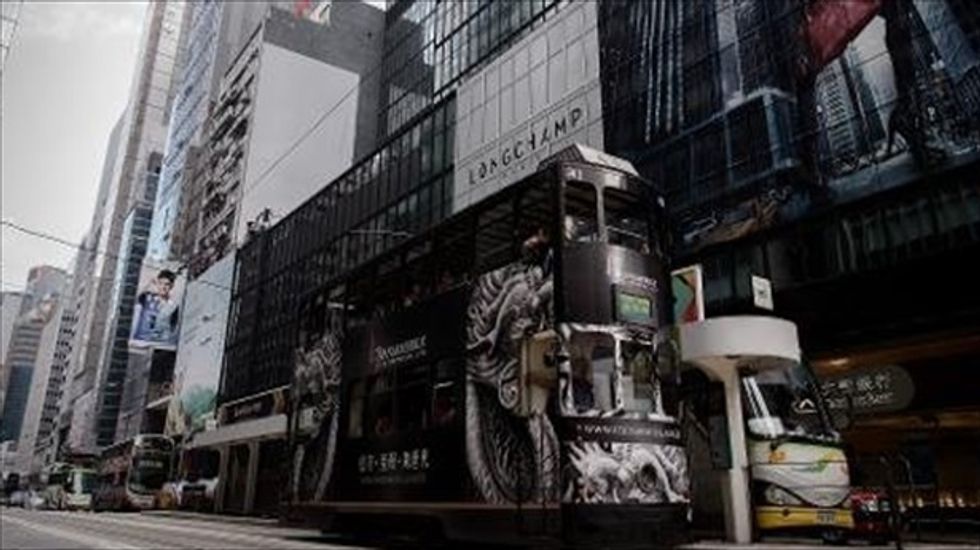 Hong Kong ranks as one of the world's best places to run a business, while mainland China remains far down the list, according to a World Bank survey. [AFP]

Singapore and Hong Kong rank the world's best places to run a business, while mainland China remains far down the list, according to the World Bank's annual competitiveness survey Tuesday.

The Southeast Asian entrepots and finance centers topped the survey for the eighth straight year, with New Zealand, the United States and Denmark rounding out the top five, as a year ago.

The lower ranks of the 189-country list was populated with African countries like Chad, the Central African Republic and Libya holding.

But a rising African country, Rwanda, took honors as the most improved since 2005, praised for its efforts to boost property registration and for simplifying trading and tax procedures.

China, which was furious to receive a ranking of 91 last year and has pressured the World Bank to drop the 11-year-old study, fell five notches this year to 96th place and was leapfrogged by Russia.

The "Doing Business 2014" report said many countries are making it easier for people to start and run a local business, with low-income economies moving more quickly than larger ones to improve.

"Regulation is a reality from the beginning of a firm's life to the end," the report says. "Navigating it can be complex and costly."

But in many areas, it added, "there has been remarkable progress in removing some of the biggest bureaucratic obstacles to private sector activity."

The rankings focus on what a small or medium-sized business faces in its home country, as opposed to how a multinational giant would fare in the same environment.

The data was based on surveys of more than 10,000 professionals, mostly people who routinely help administer or give advice on legal and regulatory issues in a country.

The countries are scored on a range of issues, from how many days and procedures does it take to start a business, to the length of time to get a power hookup, to the ease of credit and the cost of exporting or importing a container.

Countries credited with progressing the most in the past five years include Rwanda (ranked 32), Russia (92), Ukraine (112) and the Philippines (108).

Russia and Rwanda both jumped 20 places from last year, Ukraine gained 25 and the Philippines 30 places.

China is likely to remain unhappy with its rating.

It scored particularly poorly on the challenges of starting a business, dealing with construction permits, making tax payments and protecting investors.

Even in trade, the mainstay of the world's second largest economy, it ranked only 74 on the list.

Bin Han, China's alternate director at the bank, said then that the report "used wrong methodologies, failed to reflect facts (and) misled readers."

But Kim tied the issues the report raises to the Bank's campaign to end poverty.

"It is indisputable that 'Doing Business' has been an important catalyst in driving reforms around the world," he argued.

Augusto Lopez-Claros, Director of Global Indicators and Analysis at the Bank, called support for the study "overwhelming".

"The reason why the World Bank has decided to keep the aggregate ranking is, most importantly, that they still gives you a sense of the best practices in the world.

But others criticized the study's methodology, pointing out hard-to-justify conclusions.

For instance, in how hard it is for a company to get an electricity hookup, Haiti, one of the poorest countries in the world, ranks 67, while energy-rich Canada ranks 145.

And under "protection for investors," underdeveloped Sierra Leone ranks 22, while Switzerland is at 170.

"It is an extremely low-quality report," one World Bank source told AFP. "They rank things that have nothing to do with each other. It's no longer economics."