Controversy sure to surround agreement between Iran and British Petroleum 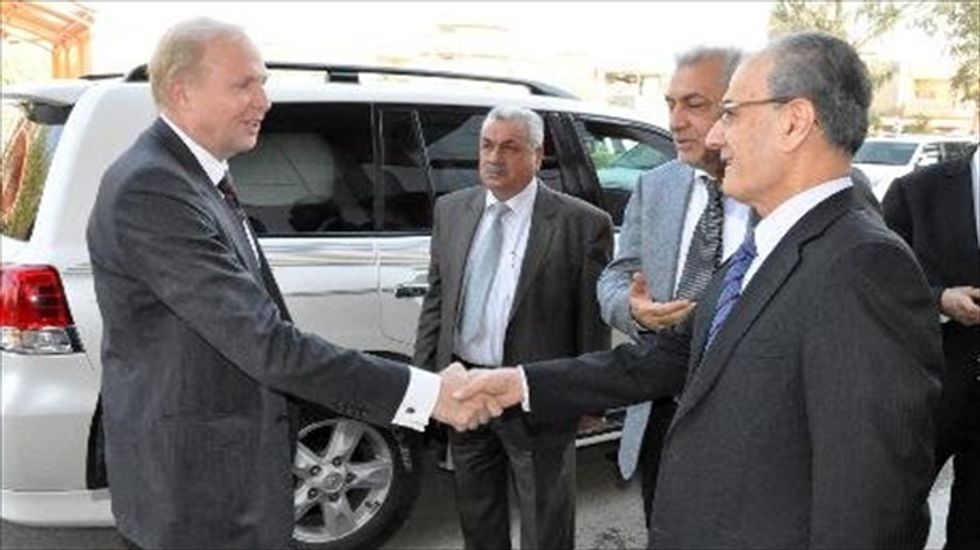 Iraq said Wednesday it would proceed with work alongside British energy giant BP on a controversial northern oilfield, in a move likely to spark anger in the country's Kurdish region.

The development of the Kirkuk oilfield, which lies amid a swathe of disputed territory in north Iraq, is at the heart of a row over land, oil revenues and the powers of the central government that has been raging for years between Baghdad and the autonomous Kurdistan region.

Current output represents a significant drop off from the field's peak, and Iraqi officials hope to increase production to 500,000 barrels per day in three years.

The visit was the first since the British energy giant and Iraq signed a deal in September which calls for BP to carry out surveys at the oilfield, but which could eventually lead to the company working to increase the field's output.

Developing the field is part of Iraqi efforts to boost oil output in order to fund much-needed reconstruction.

At the time the contract was announced, the Kurdistan region condemned the deal. A spokesman for the region's natural resources ministry did not immediately respond to requests for comment.

The federal and regional governments also disagree over the apportioning of oil revenues, and Baghdad has been angered by the Kurdish region signing contracts with foreign energy firms without its approval.

Diplomats and officials say the dispute over territory in particular is one of the main long-term threats to Iraq's stability.