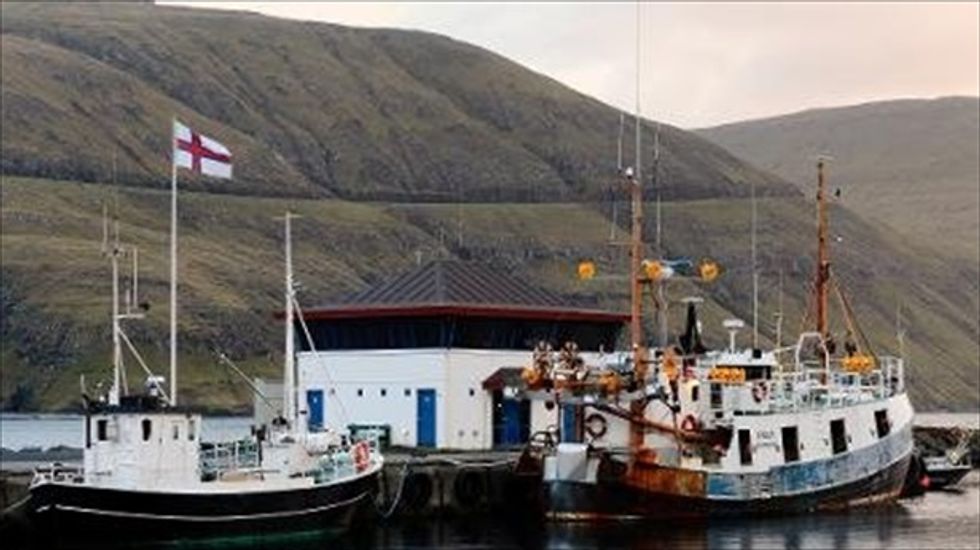 Faroe Islands fishing boats are pictured at the harbor of Vestmanna village on Streymoy island on Oct. 14, 2012. [AFP]

The Faroe Islands Monday fired the first shot in what looks set to be an all-out trade battle at the World Trade Organization over EU trade sanctions on its fish.

The WTO said that the northern Atlantic territory, located between Norway and Iceland, had made a formal request for consultations with the European Union over measures that restrict the entry of herring and mackerel caught under the control of the Faroe Islands.

The EU accuses the Faroe Islands of massive overfishing and in August adopted a package of trade sanctions against the territory, which is under the sovereignty of Denmark, though not a member of the EU.

Under the rules of the 159-nation WTO, requesting consultations is first step towards seeking the creation of an independent panel of trade experts to rule on a complaint and, potentially, win the right to impose retaliatory measures.

"The request says that the European Union has adopted 'coercive' economic measures against the Faroe Islands, prohibiting the introduction into the territory of the Union of certain products of herring and mackerel caught under the control of the Faroe Islands," the WTO said.

"The request also says that the EU has prohibited entry into the EU ports of any vessels flying the flag of the Faroe Islands," it added.

The Faroe Islands maintain that the EU measures violate the rules of international trade because they are discriminatory and deny freedom of transit.

The measures ban imports of herring and mackerel from the north-east Atlantic, or Atlanto-Scandian, caught under the control of the Faroe Islands, as well as fishery products containing or made of such fish.

The EU said it took action as a last resort, blaming the Faroes for failing to halt unsustainable fishing.

The herring stock in question was until this year managed jointly by Norway, Russia, Iceland, the Faroes and the EU through an agreed long-term management plan using pre-established catch quotas.

But this year the Faroes decided to rip up the agreement and establish an autonomous quota of 105,230 tonnes, with the EU wanted pegged at just a fifth of that.

The Faroes archipelago is home to just about 50,000 people, with fishing a mainstay of the economy.

The WTO request was filed formally by Denmark, of which the Faroe Islands are a self-governing territory.

The Faroe Islands are part of the WTO via that link with Denmark, but unlike Denmark are not members of the 28-nation EU.