French bill to crack down on prostitution sparks protests 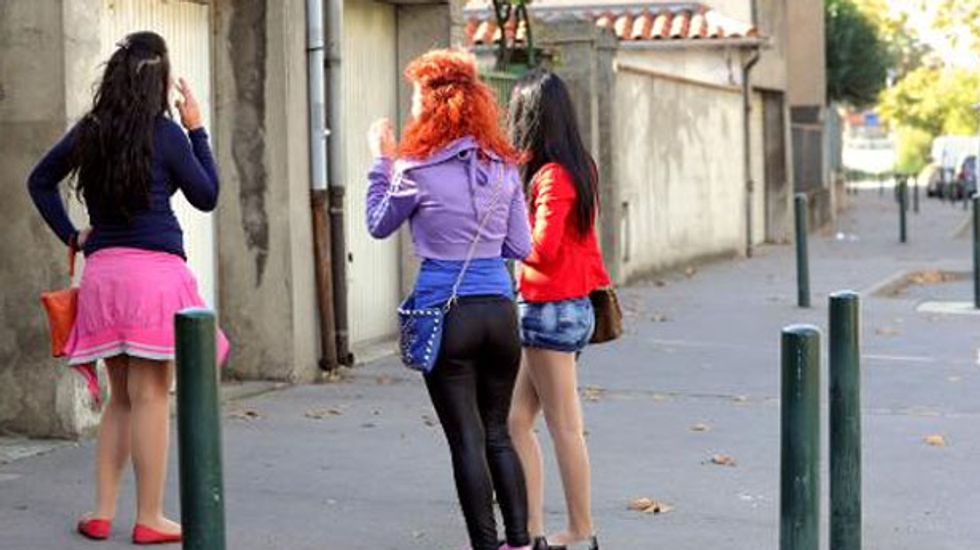 French lawmakers on Friday started debating a bill punishing clients of prostitutes that has sparked fierce debate in a country known for its liberal attitudes to sex.

Dozens rallied both for and against the bill as debate began in the lower house National Assembly, which is expected to vote on the bill next Wednesday.

Prostitution itself is allowed in France, but soliciting, pimping, and the sale of sex by minors are prohibited.

The government says the bill is aimed at preventing violence against women and protecting the large majority of prostitutes who are victims of trafficking gangs.

But critics warn that it would force sex workers further underground and put them in greater danger, and some argue that everyone should be allowed to use their own body as they see fit.

Kicking off the debate, Maud Olivier, one of the lawmakers spearheading the bill, blasted the "hypocrisy" of critics.

"One prostitute declares herself free and the slavery of others becomes respectable and acceptable?" she asked parliament.

"How can you find glamorous the 10 to 15 penetrations a day endured by prostitutes for economic reasons with dramatic consequences on their health?"

Women's Rights Minister and government spokeswoman Najat Vallaud-Belkacem told lawmakers in the lower house National Assembly that "France is not a country that welcomes prostitution".

"The question is not sexuality, we are not there to be moral police... the question is about money that feeds pimping," she said.

As the debate got under way, supporters and opponents of the bill rallied outside the parliament.

'You sleep with us and you vote against us'

"You sleep with us and you vote against us," shouted a group of 150-odd prostitutes, many of whom wore red or white masks.

"They are trying to stop us from working," said Thierry Schaffauser, an activist from STRASS, France's sex workers' union.

About 50 supporters of the bill, including feminists and others, rallied nearby, holding up a banner reading: "Together for the abolition of prostitution."

Lawmakers are likely to focus on the most controversial clause in the bill, which would punish clients with a fine of 1,500 euros ($2,040) for a first offence and more than double that for repeat offenders.

There are an estimated 20,000-plus sex workers in France, many come from eastern European countries such as Bulgaria and Romania; as well as African nations like Nigeria and Cameroon, and China and South America.

According to the interior ministry, foreign prostitutes make up 80 to 90 percent of all sex workers in France, a vast majority of whom are victims of trafficking rings.

The bill takes inspiration from Sweden where a similar law punishing clients has reduced street prostitution by half over the past decade.

It also puts forward measures to help prostitutes who want to quit, including foreigners who would be given a six-month, renewable residence permit.

But critics insist that shifting the focus on clients will only force prostitutes to work even more covertly, and a majority of lawmakers from the main opposition UMP party are expected to abstain.

The Greens, meanwhile, are planning to vote against the bill, which they believe does not make enough of a distinction between victims of prostitution rings and independent sex workers who fear their revenues will fall.

Many of these have taken to the streets in recent days, denouncing a bill that is already scaring clients away.

"I've lost 80 percent of my turnover," Priscilia, a 40-something sex worker in Paris, told AFP recently.

"This law is... killing me," she said, pointing out that one of her clients had told her he now goes to the more discreet Chinese massage parlours.

Some 26 lawmakers from different parties have signed a petition against punishing clients, describing the bill as "a moralistic text".

Around 60 people, including celebrities such as actress Catherine Deneuve and singer Charles Aznavour, also released an open letter earlier this month opposing the bill.

If approved, the bill will move on to the upper house Senate.