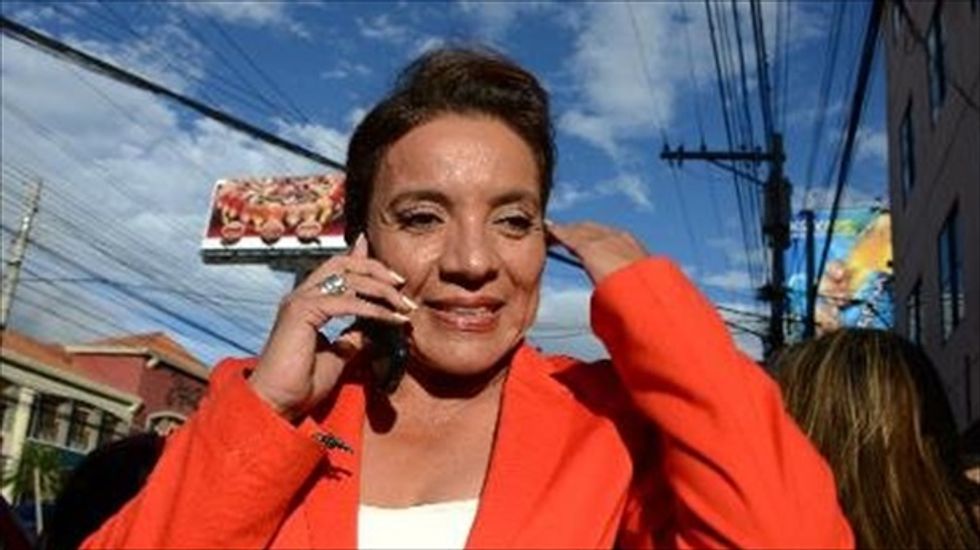 Honduran leftist presidential candidate Xiomara Castro vowed Friday to deliver proof of the fraud she claims cheated her out of the presidency.

"We all know that in this process, there were major irregularities, that fraud was committed," said Castro.

She is the wife of former president Manuel Zelaya, who was ousted in a military-backed coup just four years ago after his politics veered to the left.

Castro's campaign earlier charged that electoral authorities unfairly gave a 19 percent advantage to Hernandez, cheating Castro out of a win that would make her the first woman president of Honduras.

The Supreme Electoral Tribunal (TSE) has said that with 88 percent of polling stations reporting, Hernandez earned 36.56 percent of the vote to Castro's 28.85.

"The people elected us. And it is necessary to deliver proof decisively," Castro said, promising to rally supporters to flood the country's streets starting Saturday in protest at the alleged fraud.

Her top rival tweeted that "more than one million votes and a 7.7 percent gap made (Hernandez) the clear winner of the race."

TSE chief David Matamoros told local media that "the data show that the winner of the general elections is Juan Orlando Hernandez."

European Union and Organization of American States observers had called the elections transparent. So did the US-based Carter Center.

But renowned Spanish judge Baltasar Garzon, who witnessed the voting, said there was in fact electoral fraud using various means and methods.

"There was voter ID buying, attempted vote-purchasing at balloting stations and other types of fraud that are in the report that we presented in Honduras," he told AFP.

And an Austrian official with the EU observers said that while the preliminary EU report may have concluded the elections were transparent, many did not agree.

"There is a large group, which is a majority in meetings (of the EU monitoring mission), that does not agree with the title and content of the preliminary (EU monitors') report," said election observer Leo Gabriel.

"Because it does not seem to us whatsoever that (the election) was transparent."

Castro, who proposes "Honduran-style democratic socialism," wants to rewrite the constitution and "re-found" the country -- a move similar to the one that led to the coup that ousted her husband.

The election's winner will inherit a country of 8.5 million people with 71 percent of the population living in poverty and a soaring homicide rate of 20 murders per day.

The clash between Hernandez and Castro brought new uncertainty to a deeply troubled country, also reeling from the wounds of the coup against Zelaya.

The governments of Colombia, Costa Rica, Guatemala and Panama have already congratulated Hernandez.