Italian lawmakers to vote on booting Berlusconi after fraud conviction 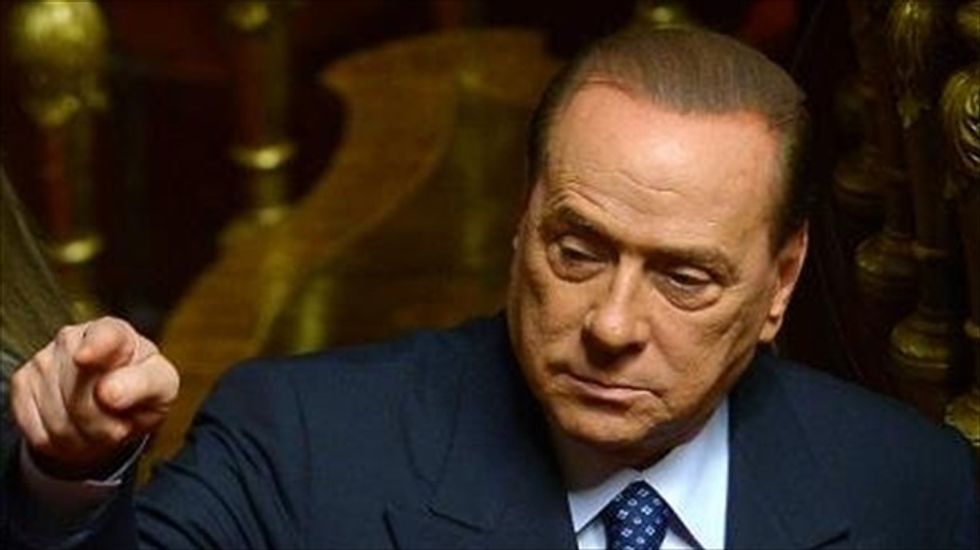 Italy's Senate on Tuesday announced it will vote on November 27 on whether to strip former prime minister Silvio Berlusconi of his seat under a law banning convicted criminals from parliament.

Ejection from the Senate following his conviction for tax fraud would mean Berlusconi being out of parliament for the first time since 1994, when the media and construction magnate first burst onto Italy's political scene.

His centre-right People of Freedom (PDL) party immediately announced an appeal in a bid to delay the moment the political guillotine will fall for a man who has dominated Italian affairs of state for the past two decades.

A special cross-party Senate committee dominated by his political opponents recommended last month that he be expelled from parliament.

The full Senate must vote before Berlusconi can be ousted, but the 77-year-old media magnate's supporters are in the minority.

Berlusconi was given a 12-month sentence after the supreme court on August 1 turned down his final appeal in the tax fraud case, handing him his first ever definitive conviction in a long history of legal woes.

He was also barred from holding public office for two years, which means however the Senate votes, he is likely to lose his seat.

The flamboyant ex-premier has asked to serve his sentence in the form of community service and could find himself working in an old people's home, stacking shelves in a supermarket or cleaning up graffiti.

The punishment is not likely to be meted out before next year.

On Tuesday, Italian television presenter and author Bruno Vespa released an excerpt of an undated interview with Berlusconi.

In it, the mogul said Italian President Giorgio Napolitano could still grant him an official pardon for his conviction.

In Italy, convicted criminals must begin serving their sentences before a pardon can be granted

"A pardon can be granted... so there is still time," Berlusconi is quoted as saying in the book, which notes that neither he or his lawyers have formally requested a pardon.

Despite fears the Senate vote on his expulsion has the potential to trigger a new crisis for Prime Minister Enrico Letta's uneasy ruling coalition, the three-time premier greeted the announcement of the vote date with an apparent promise to support the government.

The ageing billionaire has repeatedly threatened to pull the PDL out of the government and send the country back to the polls if Letta's centre-left Democratic Party (PD) votes to oust him.

But on Tuesday he called for his outspoken allies to watch their tongues, saying: "Today more than ever, Italy needs a strong, united and compact moderate movement."

"I ask you to put an end to every initiative which goes against the mission the millions of Italians who voted for us have given us," he said.