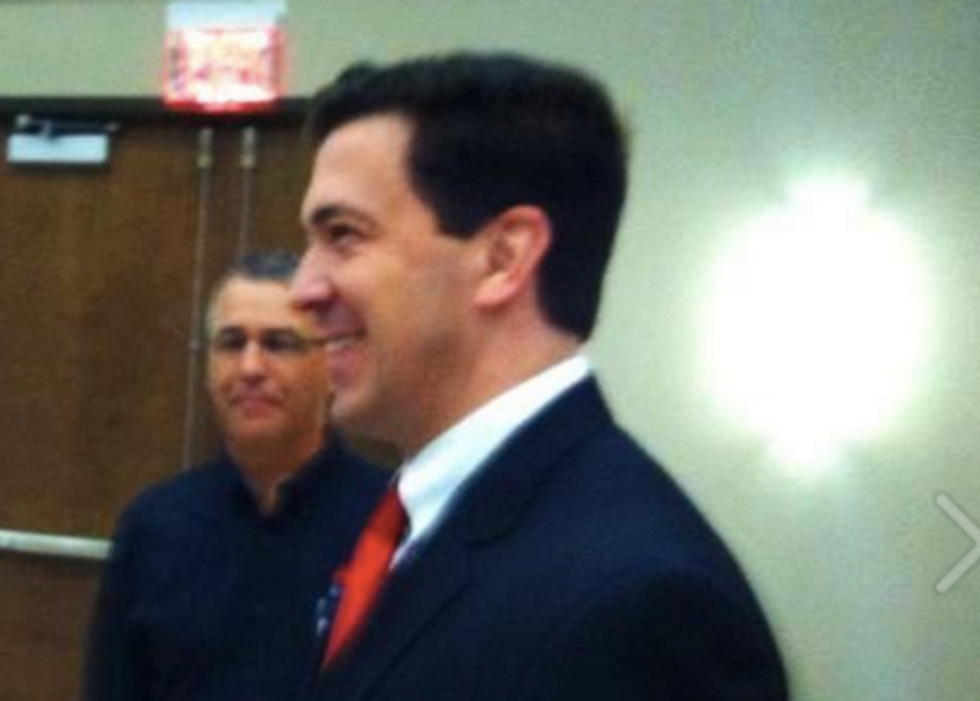 Mississippi tea party candidate for U.S. Senate Chris McDaniel says that he appeared at only one of the neo-Confederate secessionist events that he is accused of addressing. According to Talking Points Memo, the conservative Republican intended to speak at both events, but missed his flight to one of them.

McDaniel is running to unseat longtime Republican Sen. Thad Cochran, who has become a target for conservative ire as a result of his role in reopening the federal government in the wake of the disastrous Republican shutdown led by Sen. Ted Cruz (R-TX) and House Republicans. Mother Jones magazine reported last week the McDaniel had addressed two pro-secession, neo-Confederate groups. His office now says that the state senator missed his flight to one of the events, so he only really appeared at one secessionist rally.

Timothy Murphy of Mother Jones said that McDaniel spoke at both a June 22 meeting of pro-secessionist group the Sons of Confederate Veterans Conference and again at an August conference. McDaniel's office now says that the state senator was in Chicago at a meeting of the American Legislative Exchange Council (ALEC) in August and missed his flight home to Mississippi.

Both McDaniel and an aide told the Jackson, MS Clarion-Ledger that McDaniel was in Chicago when the August meeting of the Rosin Heels (a division of the Sons of Confederate Veterans) took place.

However, McDaniel is confirmed to have addressed to group in June as well as at conferences in previous years.