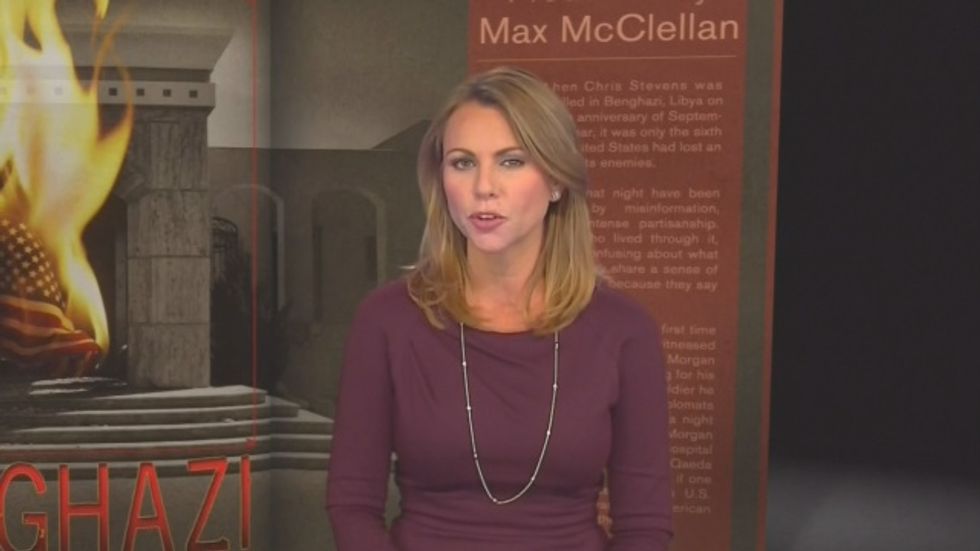 New York Times media reporter Brian Stelter told CNN on Monday that CBS correspondent Lara Logan and her team at 60 Minutes may have been blinded by an agenda when reporting a story about Benghazi that turned out not to be true.

On Sunday night's 60 Minutes broadcast, Logan was forced to apologize and issue a partial retraction after reports showed that her source, security contractor Dylan Davies, was not at the U.S. mission in Benghazi during the Sept. 11, 2011 terrorist attack as he had claimed.

"It took two weeks to have that apology on 60 Minutes," Stelter explained to the hosts of CNN's New Day. "The piece aired at the end of October and there were questions raised almost immediately about it. So I think the question is now and the thing that media writers will be writing about this week are, what took so long and what is 60 Minutes doing to make sure this doesn't happen again?"

"So far, CBS has resisted having any investigation," he added, pointing to a 2002 story about President George W. Bush's time in the National Guard that eventually led to the firing of longtime anchorman Dan Rather and other staff.

"This may be in some ways worse," Stelter said. "This may be a lot less resonate though. On the one hand, that was all about liberal bias and there were lots of people who already had questions about Dan Rather and whether he biased or not. I don't know if there's those same kinds of questions this time. I'm not sure if cries of conservative bias are as resonate as those cries were."

But because the Benghazi story was something that 60 Minutes and Logan spent a year on, it was reasonable to ask if they may have been biased in their reporting, Stelter said.

"This wasn't a story that was breaking news, this was a story that they worked on for a year," he observed. "And that's why I think people wonder, did they come in with an agenda?"