Prince William sings 'Livin' on a Prayer' with Bon Jovi 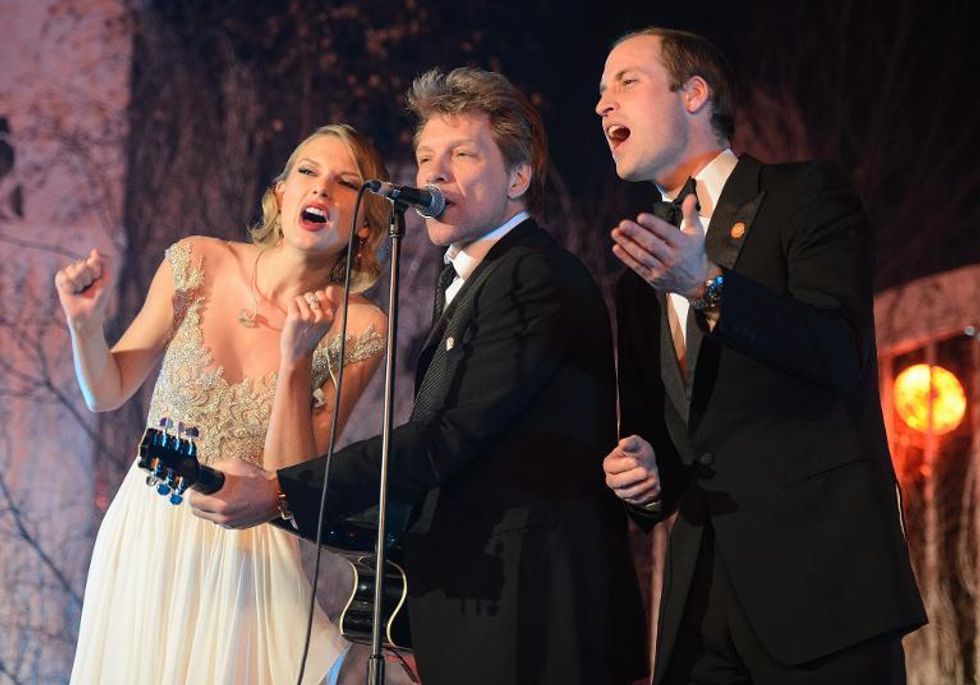 Prince William joined Jon Bon Jovi in a performance of the rock star's song 'Livin' On A Prayer' at a charity event in Kensington Palace.

The Prince, Bon Jovi and pop star Taylor Swift were the star guests at a gala in support of homeless charity Centrepoint on Tuesday.

During the evening, William met young people who Centrepoint has been supporting.

The event culminated with the prince, clad in a dinner suit and black tie, joining the performers on stage to sing Bon Jovi's classic number.

Swift sang hits Trouble, Love Story and 15 and said she was honoured to perform at the palace.

"This is my first time playing at Kensington Palace or any palace for that matter," she said.

"I want to thank you for having me Prince William, this is just amazing."

Benedict Cumberbatch, James Blunt and Tinie Tempah were among other guests.