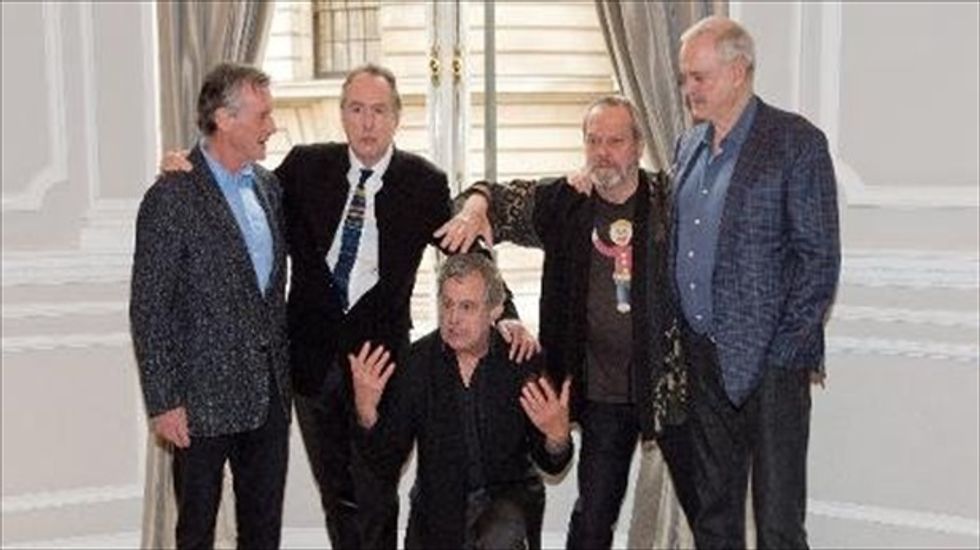 Britain's Monty Python comedy troupe on Wednesday announced five further dates for their reunion tour, after tickets for their first joint performance in three decades sold out in under a minute.

John Cleese, Terry Gilliam, Eric Idle, Terry Jones and Michael Palin will play the new dates at London's O2 Arena on July 15-16 and 18-20, bringing the total run of shows to 10.

They delighted their cult following last week by announcing a "one-off" show on July 1 at the 20,000-capacity arena, featuring favourite old sketches as well as new material by the septuagenarian comedians.

But the huge clamour for tickets -- which saw them sell-out in 43.5 seconds -- led promoters to immediately announce additional shows on the following four nights.

Cleese, 75, described the frenzy over the comeback tour as "very, very silly".

"But, we're all touched that so many fans still want to see such old people perform," he added.

"So we're delighted to be adding more dates to the run at the O2."

The Pythons, who have not performed together since 1980, first became famous with their irreverent and surreal television show "Monty Python's Flying Circus" from 1969 to 1974, which was sold to almost 100 countries.

They also made several films including 1975's "Monty Python and the Holy Grail", a parody of the legend of King Arthur, and "Monty Python's Life of Brian" in 1979, the tale of a young man mistaken for Jesus which riled religious groups.

Tickets for the new run of shows will go on sale at 1000 GMT on Friday.