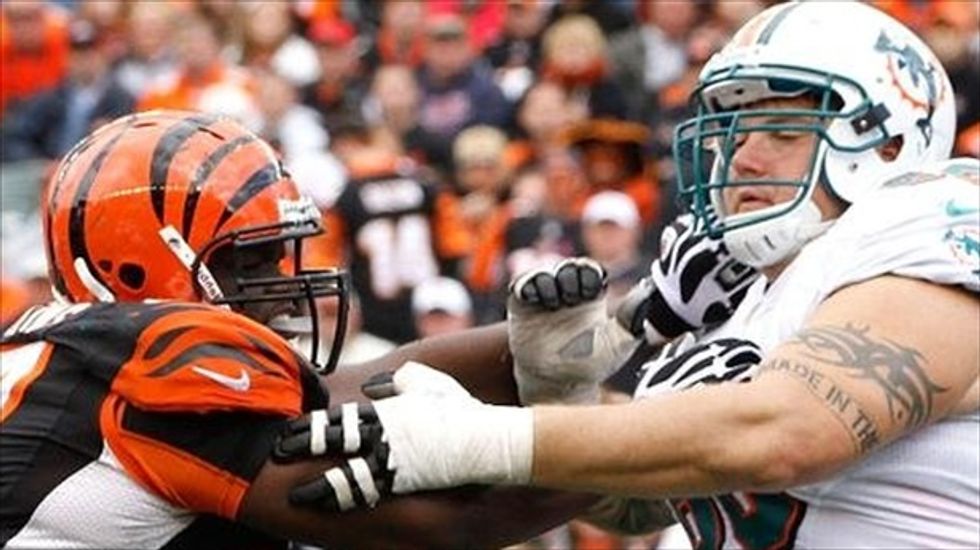 Richie Incognito (R) of the Miami Dolphins blocks Geno Atkins of the Cincinnati Bengals at Paul Brown Stadium on Oct. 7, 2012 in Cincinnati. [AFP]

Amid the continued debate over whether their workplace environment contributed to bullying, Miami Dolphins owner Stephen Ross and CEO Tom Garfinkel are scheduled to hold a press conference Monday, just before the team plays the Tampa Bay Buccaneers.

The team is currently being investigated over reports that offensive lineman Richie Incognito used racist language and violent threats against teammate Jonathan Martin.

Incognito is currently suspended, but must be either cut from the team or reinstated by Dec. 2 unless the Dolphins determine to issue another suspension against him. In an interview with Fox Sports on Sunday, Incognito said the behavior was part of normal locker room interactions.

Sports Illustrated reported on Monday that Martin, who is currently undergoing therapy in California, might never play for the team again.

Watch the press conference, as aired on NBC, below.