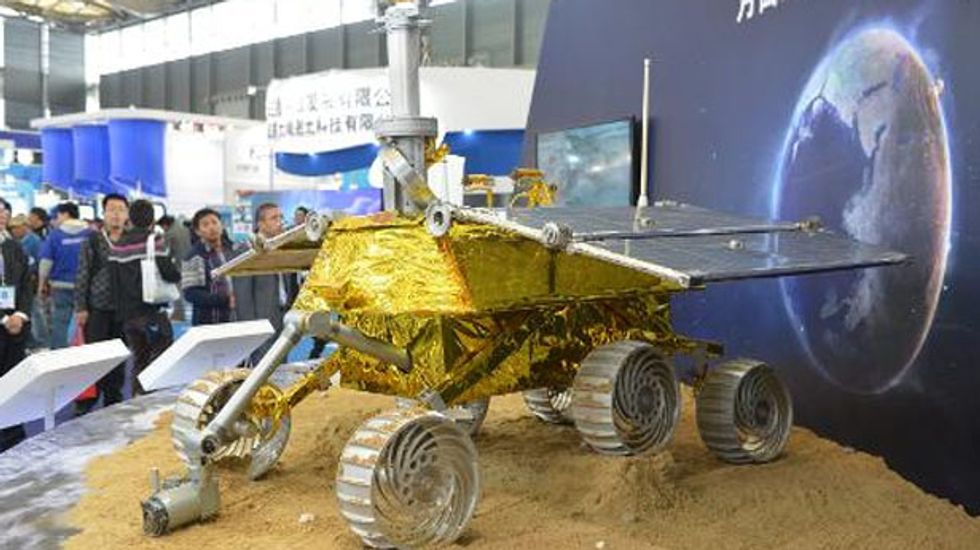 The rover -- known as Yutu, or Jade Rabbit -- reached lunar orbit late Friday, the official Xinhua news agency said, about 112 hours after it was launched from the Xichang Satellite Launch Center in southwestern China.

It is expected to touch down on the moon in mid-December to explore its surface and search for natural resources.

The Chang'e-3 mission -- named for the goddess of the moon in Chinese mythology, with the rover vehicle named after her pet -- will make China the third country to land a rover on the moon, following the United States and the former Soviet Union decades ago.

China sees its space programme as a symbol of its growing international status and technological advancement, as well as of the Communist Party's success in reversing the fortunes of the once impoverished nation.

It aims to establish a permanent space station by 2020 and eventually send a human to the moon.

The rover mission has been greeted with expressions of pride from Chinese Internet users, and China's government, seeking to capitalise on the excitement, on Friday announced that it had begun sales of Jade Rabbit replicas made of zinc and silver.

The mission has even inspired one enterprising Beijing man to create a do-it-yourself moon rover, which he has put up for sale on China's popular Taobao Internet shopping site for 2,250 yuan ($370).