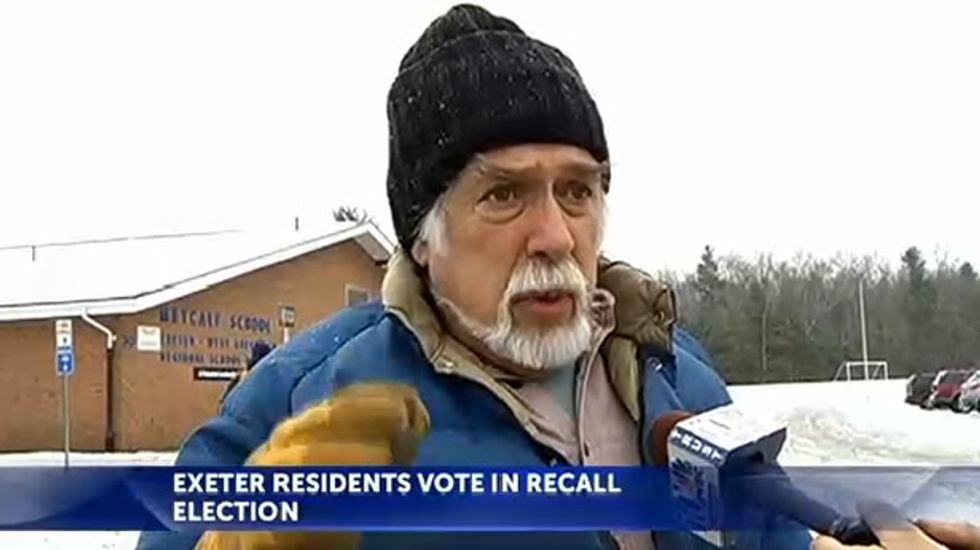 On Saturday, the first anniversary of the school massacre in Newtown, Connecticut, residents in the small Rhode Island town of Exeter defeated an attempt by gun-rights advocates to recall four Town Council members who had voted to restrict concealed weapons permits.

For years, the state's attorney general office processed these permits, but in 2011 Dan Patterson reviewed state gun law and found that in any community without a police department, the town clerk had the power to issue concealed carry permits. In August of that year, the council voted to allow Town Clerk Lynn Hawkins to review and approve concealed weapons permits.

However, members of the council quickly regretted that decision once they realized that Town Clerk Hawkins wouldn't have access to the same databases the attorney general's office would when performing background checks. That information would include suicide attempts made by the applicant, juvenile offenses, non-criminal history of alcohol or drug abuse, protective orders issued against the applicant, and offenses the applicant has been accused of. For these reasons, the council voted to return the authority to issue concealed carry permits to the attorney general's office.

Gun-rights advocates considered this an abrogation of local authority to the state, and decided to recall those members of the council who voted in favor of it. They acquired the 605 signatures required to trigger a recall election, although the means by which they did so have been questioned.

Walt Linton told The Providence Journal that he signed the petition only after having been lied to by recall supporter Joseph St. Lawrence.

"When [Lawrence] came around and started talking about [the council] having these secret meetings and talking about raising the property taxes and I guess some other stuff they were working on secretly, I signed it," Linton said.

Lawrence insisted Linton was "lying just like the council members," but the Journal spoke to Exeter Tax Collector Kim Robitaille, who confirmed that she received phone calls from residents who had been told that property taxes would be raised and that the senior citizen exemption would be eliminated.

"That’s what they were told, that that exemption was going to be going away," said Robitaille. "And I told them I didn’t know where that was coming from. That has never been on the table to my knowledge."

Watch a video about the recall election from NBC 10 News below.