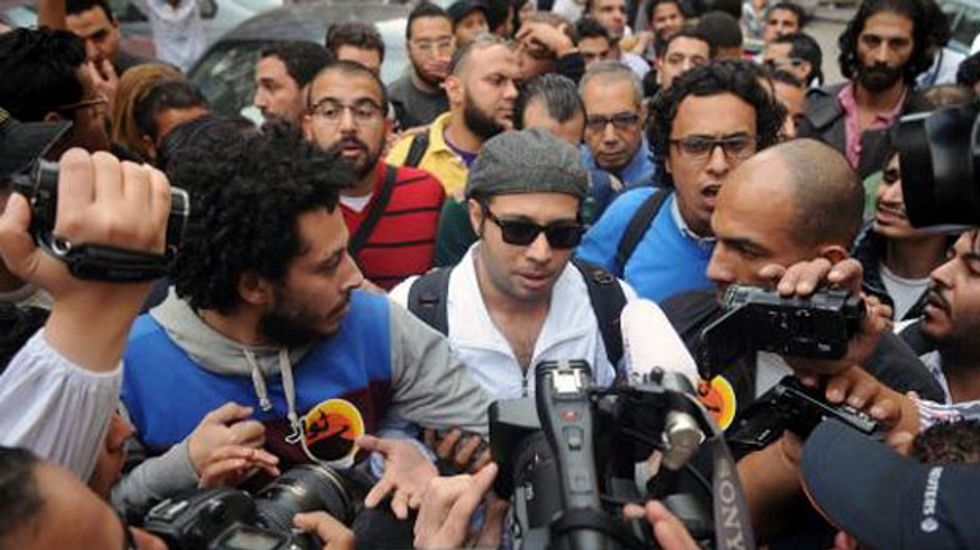 An Egyptian prosecutor ordered Monday the detention of a prominent secular activist for taking part in an unauthorised protest, just a day after he was freed over a similar case, state media reported.

Ahmed Maher, founder of the April 6 movement which was one of the main groups that spearheaded the revolt against Hosni Mubarak in 2011, had turned himself in on Saturday after an order for his arrest.

The general prosecutor had ordered his arrest last Wednesday along with another prominent activist, Alaa Abdel Fattah, for demonstrating against a new law that requires protest organisers to seek authorisation three days before any planned protest.

On Sunday, Maher was ordered freed.

But Abdel Fattah's detention was extended because he was accused of breaking a law on demonstrations, inciting protesters to riot, and cutting off roads and beating a police officer.

The state news agency MENA said the prosecutor general levelled similar charges against Maher on Monday and ordered him detained for four days pending an investigation.

Maher was accused of having attacked a court security guard when dozens of his supporters turned up at his hearing on Saturday, only to be dispersed by police firing tear gas.

The new controversial law was panned by interim president Adly Mansour in November and stipulates that permission can be denied if a planned protest is deemed a threat to national security.

The law has triggered the ire of secular activists and strong criticism from rights watchdogs and pro-democracy groups, and prompted the United States to express concern over its "troubling effects".

The latest decision to detain Maher comes a day after a 50-member panel on Sunday approved a draft constitution for Egypt that preserves the wide-reaching powers of the military, including the right to try civilians.

A copy of the new charter is to be submitted to Mansour on Tuesday, ahead of a referendum on the constitution in January.