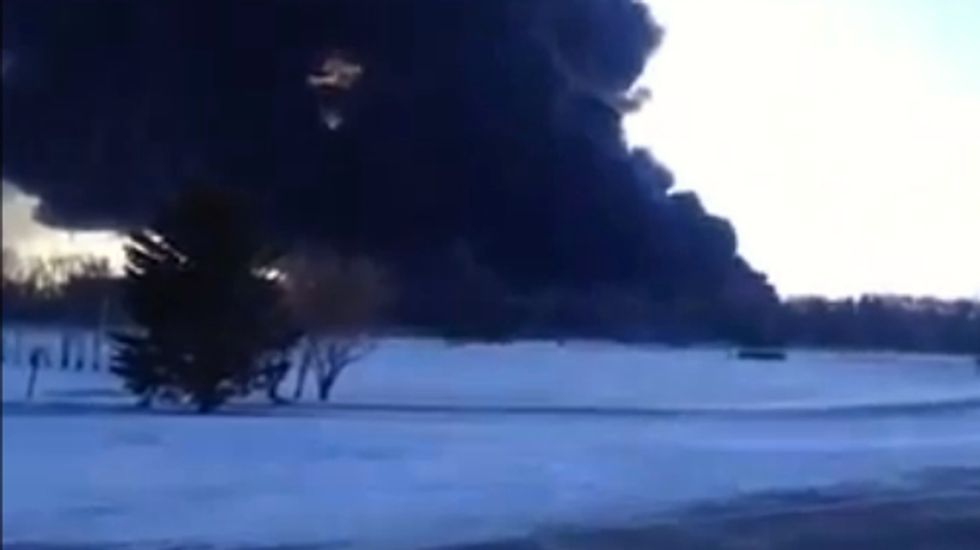 A freight train loaded with crude oil derailed in the US state of North Dakota Monday, causing an explosion that sent a massive plume of toxic smoke skyward and forced the evacuation of part of a small town.

The accident took place near Casselton, in Cass county, and no injuries were immediately reported, Valley News Live television reported.

Authorities urged some residents in the town to evacuate, the station said.

Authorities also asked everyone living within a 10-mile radius of the accident to remain indoors amid concerns that if winds changed, the smoke could reach homes.

"Information from the National Weather Service indicates a shift in the weather resulting in a high pressure system that will push the plume of smoke down increasing the risk of potential health hazards," it warned.