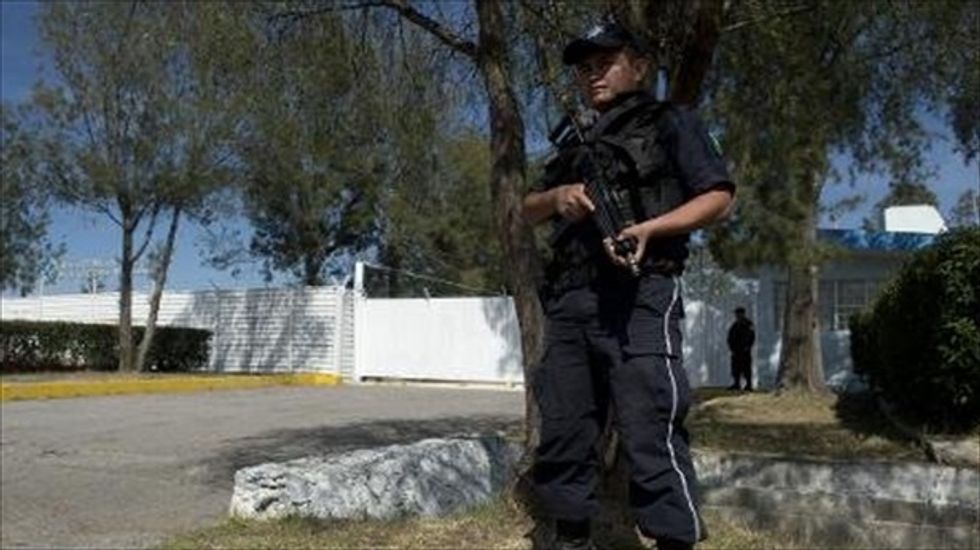 A federal judge on Sunday ordered the five suspects held for 40 days on allegations of theft through organized crime and illegally transporting hazardous material, an official at the attorney general's office told AFP.

Four of the men are accused of stealing the truck while the fifth suspect bought it, the official said on condition of anonymity.

A 16-year-old boy who accompanied the buyer was placed under guardianship with juvenile justice authorities.

The six were hospitalized last week in the central state of Hidalgo with signs of radiation exposure, but they were given the all clear after 24 hours.

The truck was carrying an obsolete cancer-treating medical device that was on its way to a radioactive waste storage facility when it was stolen at a service station in Hidalgo on December 2.

The truck and device were found 65 kilometers (40 miles) north of Mexico City after a two-day manhunt.

The machine contained 60 grams of cobalt-60, a highly radioactive isotope that experts say could be used to make a crude "dirty bomb."

The theft prompted the International Atomic Energy Agency to issue an alert for "extremely dangerous" material and US authorities to keep tabs on the situation.

But Mexican authorities believe the thieves had merely planned to sell the device as scrap metal.

French President Emmanuel Macron picked Labour Minister Elisabeth Borne as his new prime minister on Monday as he prepares for legislative elections in June — only the second time in 30 years that a woman has got the job.

Earlier in the day, Prime Minister Jean Castex handed in his resignation, paving the way for a cabinet overhaul after Macron's re-election in April.

Former President Donald Trump on Monday shared QAnon content on his Truth Social app, much to the delight of fellow conspiracy theorists.

The former president has refused to disavow the right-wing conspiracy that many of his supporters buy into, and he on Monday "re-truthed" a post made by QAnon follower Chad Vivas, according to Katie McCarthy of the Anti-Defamation League.