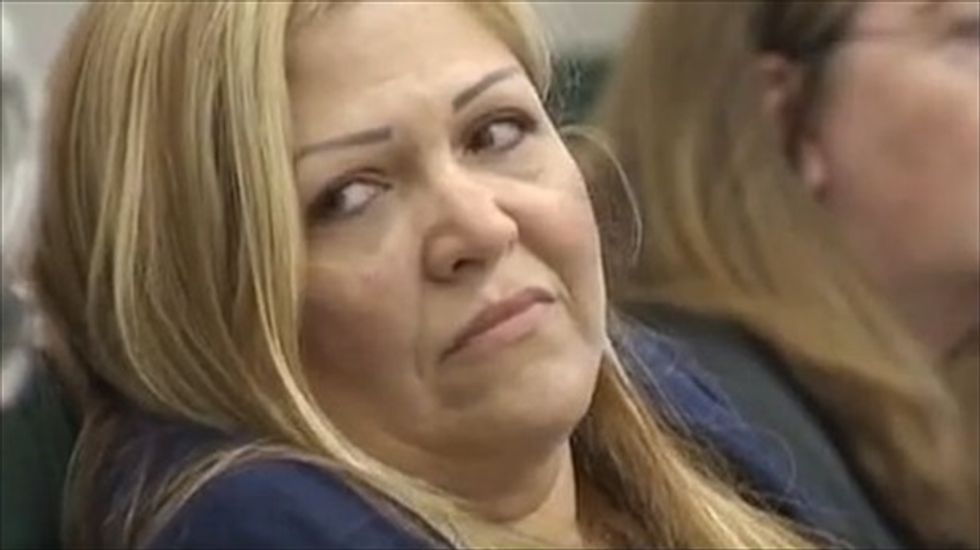 A Florida schoolteacher has been allowed to return to work with special-needs children despite admitting to disciplining an autistic boy by giving him crayons dipped in hot sauce.

CNN reported on Friday that Lillian Gomez was reassigned within the Osceola County School District after an appellate court judge rejected the district's appeal. Gomez was fired from Sunrise Elementary in Kissimmee in February 2012 after an investigation into complaints that she soaked crayons in hot sauce and handed them to the student, Jason Holguin, to get him to stop putting crayons in his mouth. A teaching assistant also accused Gomez of putting the crayons in his mouth.

The student's parents told CNN that because of his condition, he would not have been able to tell Gomez to stop, and that he would later suffer panic attacks if he saw crayons.

"At that moment, I just wanted to have that teacher in front of my face when that happened," the boy's mother, Escarly Holguin, told CNN. "I just want to ask her why."

Gomez filed suit seeking to win her job back. She denied forcing the crayons into the student's mouth, but according to CNN, court documents reveal that she did admit to "massaging" some of the sauce into black Play-doh. The appellate court agreed with a lower court in finding her conduct to be "not so egregious" as to prevent her from being re-employed. She has been placed at another unidentified school. The district was ordered to pay Gomez 16 months' worth of back pay.

"We lost the appeal, so by law we have to comply by the courts," a district spokesperson told ABC News. "We don't want to come out and say anything bad about the teacher or say anything to worry parents."

Watch CNN's report on Gomez's rehiring, as aired on Friday, below.