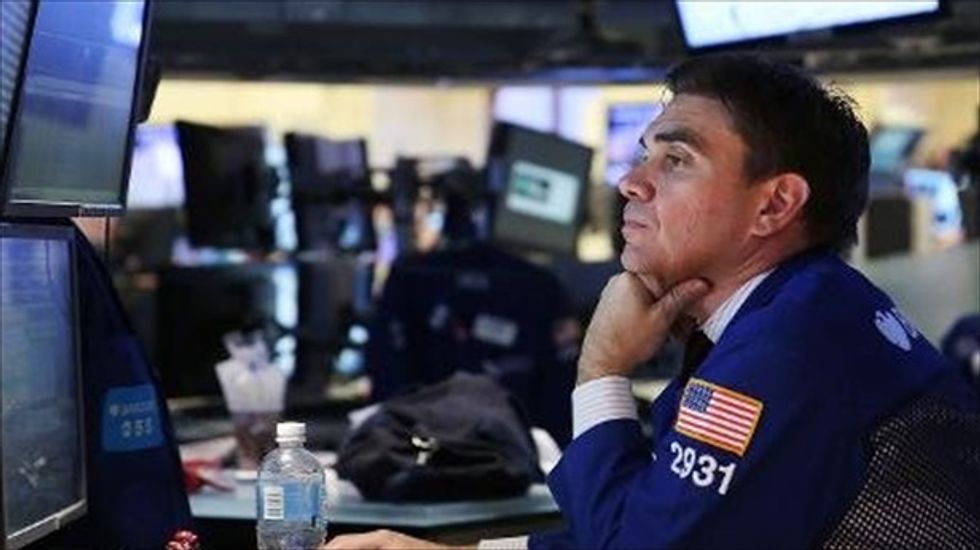 A trader works on the floor of the New York Stock Exchange minutes before the closing bell on Oct. 8, 2013 in New York City. [AFP]

US stocks ended sharply higher Friday after a strong jobs report fueled expectations that the Federal Reserve will begin to reduce its huge stimulus soon.

The Dow and the S&P 500 solidly snapped a five-session losing streak. Wall Street rallied from the opening bell after a better-than-expected November jobs report from the Labor Department.

Analysts said the strength of the Labor Department report could encourage the Fed to begin cutting back its $85 billion a month in bond purchases, aimed at boosting economic growth

"Markets like this report because it indicates the risk of disinflation or deflation is diminishing," said David Kotok of Cumberland Advisors.

The Commerce Department reported consumers picked up their pace of spending in October, a key driver of economic growth. Meanwhile inflation fell for the third consecutive month, to a yearly rate of 0.7 percent, well below the Fed's preferred 2.0 percent target.

Adding to the overall bullishness, the University of Michigan's consumer confidence index jumped much more than expected in December.

All 30 stocks on the blue-chip Dow ended solidly in positive territory, led by Intel, up 2.3 percent, DuPont (+2.2 percent), and Boeing and General Electric, each up 1.9 percent.