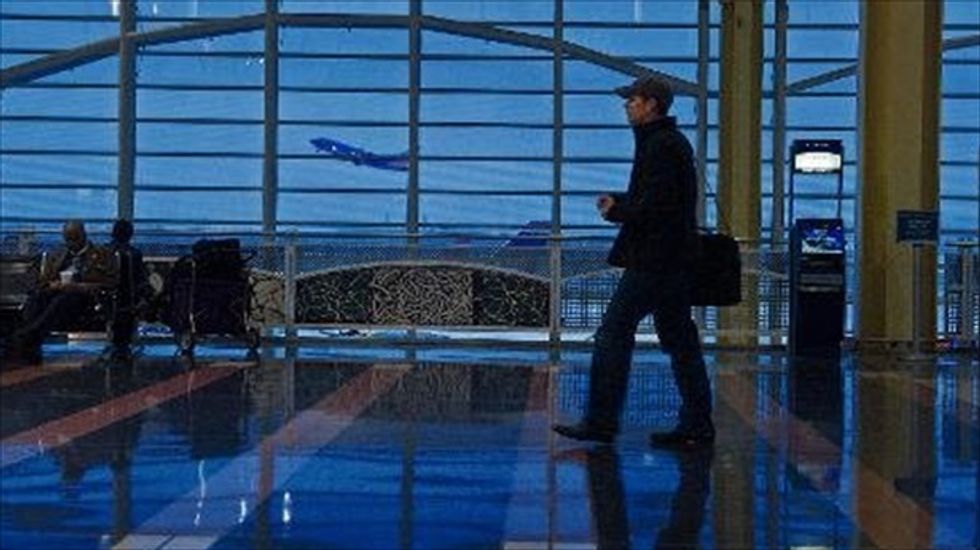 An airline traveler walks on the upper level of the Ronald Reagan National Airport on Nov. 26, 2013 [AFP]

The US budget deal reached this week ends billions of dollars in crippling automatic spending cuts, but paying for that would trigger something Americans love to hate: higher air travel fees.

House Republican Paul Ryan and Senate Democrat Patty Murray announced their two-year budget compromise late Tuesday, and already the airline lobby was organizing its opposition and calling on lawmakers to block the legislation.

Doubling the fees to $5.00 -- $10.00 for a return trip -- would generate $13 billion over the next decade, according to the Committee for a Responsible Federal Budget.

The White House argues that the current fee covers less than 30 percent of costs of the Transportation Security Administration, which provides security at the nation's airports.

But the airline industry argues that hiking the fees unfairly burdens passengers, who are already paying an average of $61 in taxes and fees on a typical $300 domestic round-trip ticket.

"Airlines and our customers are already overtaxed, and we are disappointed that fees on air travel were increased and believe those higher taxes will impact demand, jobs and our economy," trade group Airlines For America (A4A) said Wednesday in a statement.

The industry has been waging an aggressive lobbying effort for weeks. In early December, A4A positioned advocates at Washington's Reagan National Airport to personally urge lawmakers returning to the capital after a holiday break to not support the higher fees.

And the Global Business Travel Association issued an urgent call Wednesday for members to contact their representatives in Washington and demand they put a stop to "unjustified tax and fee increases."

"The urgency is not about this one fee increase. It's this cumulative effect of all of the taxes and fees levied on travel," McCormick told AFP.

"In a global economy where our country is fighting tooth and nail to stay competitive" with the likes of China, India and Brazil, "the reality is this is bad for business."

The fee proposals have led to an outcry from at least one lawmaker.

Hawaii congresswoman Tulsi Gabbard wrote Ryan Tuesday saying air travel was an "essential lifeline" for many in her island state and warned that the higher fees would "create undue hardship for Hawaii residents who have extremely limited transportation options."