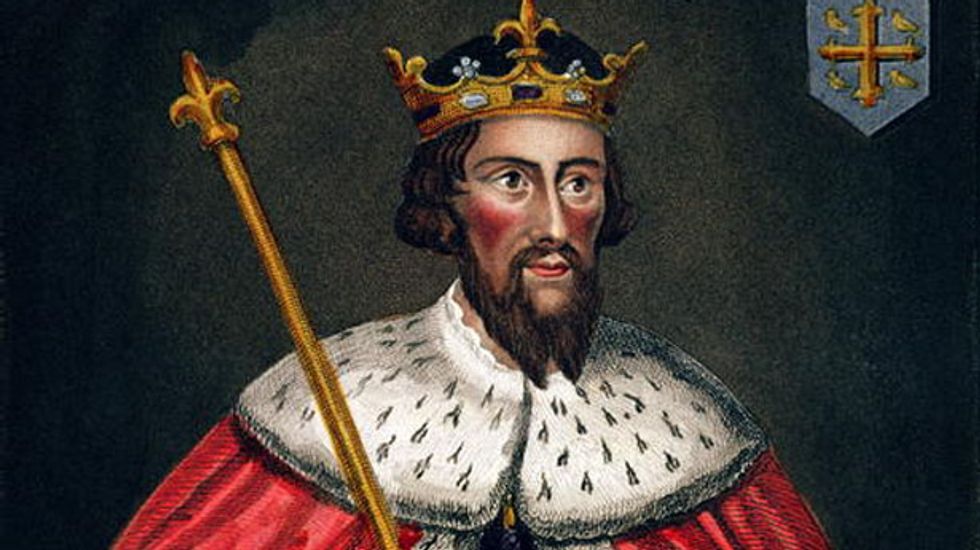 Archaeologists have identified a piece of bone they believe may have belonged to the English king Alfred the Great.

The section of human pelvis, carbon-dated to within the lifetimes of Alfred the Great and his son Edward the Elder, has been found in Winchester, the first solid result in centuries of attempts to find the last resting place of one of the most famous English kings.

The bone, which was found in a cardboard box in the Winchester museum store, was in a heap of animal bones and some human fragments excavated from the abbey site in 1999, but its significance was missed and it only analysed in the past year.

The specimen, about a third of the pelvis of an adult male, has been dated by radiocarbon tests to between AD895 and 1017. Alfred died in AD899 and his son Edward in AD924.

It was not among those exhumed last year from an unmarked grave in the grounds of St Bartholomew, the medieval church where some believed Alfred was reburied in the 19th century. That was long after the demolition of nearby Hyde Abbey where he was originally buried with his son and other members of his family more than 1,000 years ago.

Osteoarchaeologist Katie Tucker looked again at the bones in the museum when tests showed the team of local historians and residents, and experts from the university, that the bones from St Bartholomew, sold to a 19th-century vicar for 10 shillings as those of Alfred and his family, were centuries too late. Hyde Abbey was largely demolished at the dissolution of the monasteries and the remaining buildings apart from a gatehouse cleared in the 18th century to build a prison.

The team is elated at the discovery and more excavation at the Hyde Abbey site is likely. The exhumation from St Batholomew was considered for years, but brought forward in the media maelstrom that followed the discovery of Richard III in Leicester, when the site was judged at risk from seekers for more lost kings.