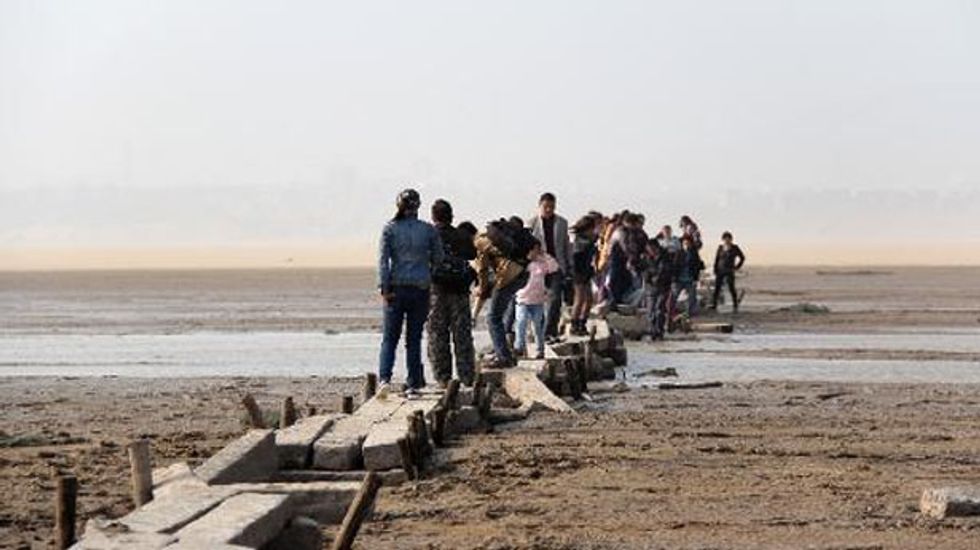 A stone bridge dating back to the Ming dynasty has been discovered after water levels plunged at China's largest freshwater lake, a Beijing newspaper reported Friday.

The remains of the 2,930-metre-long bridge, made entirely of granite and dating back nearly 400 years, appeared at Poyang lake in the central province of Jiangxi, the Beijing News reported.

The lake, which has been as large as 4,500 square kilometres in the past, has been drying up in recent years due to a combination of low rainfall and the impact of the Three Gorges Dam, experts say.

State broadcaster China Central Television reported in November that drought had shrunk the lake to less than 1,500 square kilometres, threatening the plankton, fish and other organisms that inhabit it and the livelihoods of the nearly 70 percent of local residents who make a living by fishing.

By lowering the level of the Yangtze river, the vast Three Gorges dam project has also caused an increased outflow of water from both Poyang and Dongting, another lake in neighbouring Hunan province, experts told the Beijing News last year, decreasing the water levels of both bodies.

In 2012, Chinese authorities air-dropped shrimps, millet and maize over Poyang lake to feed hundreds of thousands of birds at risk of hunger due to the drought.