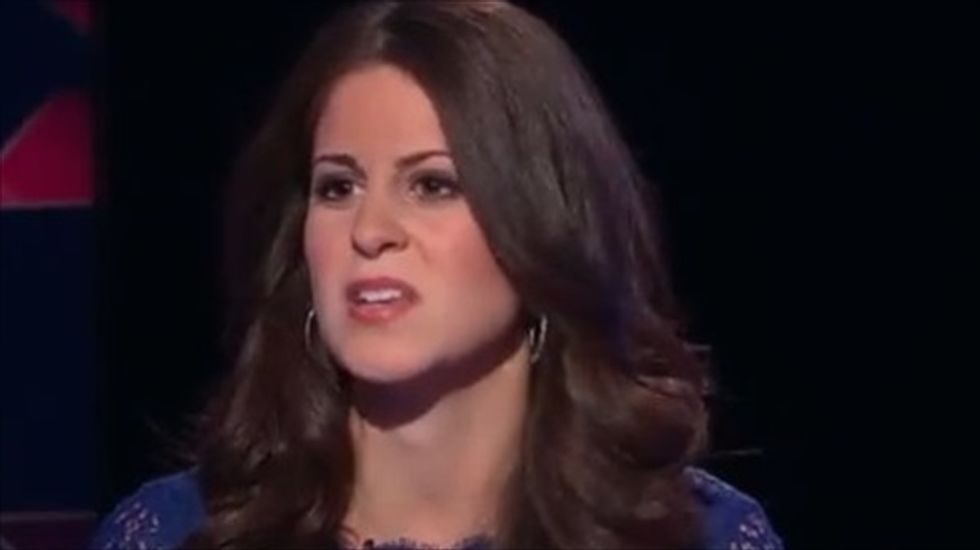 An anti-abortion activist seemed to suggest in a CNN Crossfire discussion on Wednesday that women who become pregnant because of a rape should be forced to carry those pregnancies to term.

"When a woman is raped, that's a horrible injustice against her," Live Action president Lila Rose told co-host Sally Kohn. "The rapist should be held to the fullest extent of the law, liable for that, culpable for that. The woman needs healing and the support of her community. But an abortion doesn't unrape a woman. An abortion just adds more violence on top of that first she endured."

Kohn attempted several times to get Rose to seemingly clarify her position, but Rose talked over her.

Contrary to Rose's argument, the Mayo Clinic asserted that a fetus' heart forms around the fifth week of a pregnancy.

"We're not gonna get into that right now," Kohn said. "You are saying, in effect, that the rapist should have more rights than the woman."

"Absolutely not," Rose insisted. "The rapist isn't allowed to kill anybody."

"Isn't it great that we live in a country where Lila Rose could decide where she would choose to carry her rapist's pregnancy to term," NARAL Pro-Choice America president Ilyse Hogue said, interjecting. "But her version of morality doesn't actually dictate what I can choose to do in that moment. And that's what religious liberty is about -- it's about you getting to choose what would be right for you in that circumstance I don't get to tell you what to do, and you don't get to tell me what to do."

Watch the discussion, as aired Wednesday on CNN, below.