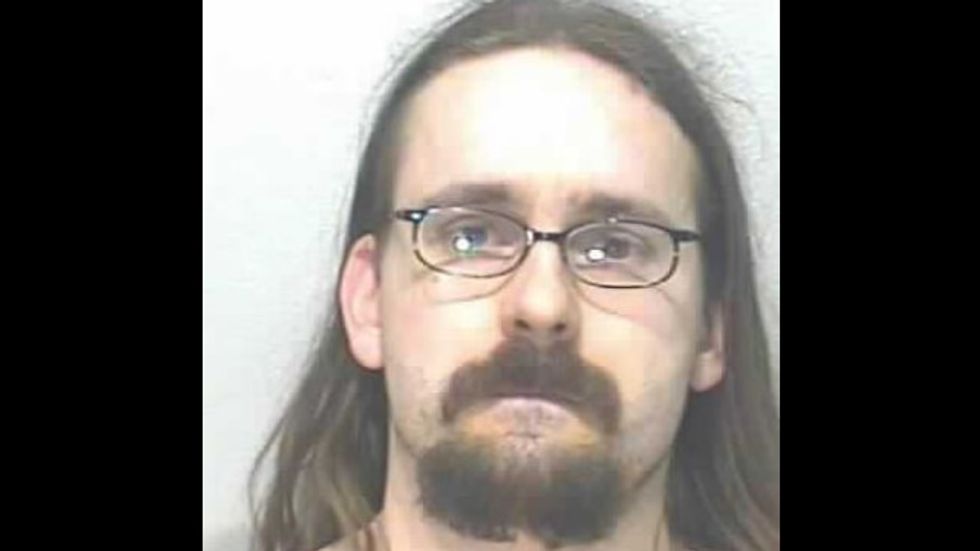 A white supremacist methamphetamine user with a criminal record was found guilty this week after amassing a cache of assault rifles following last year's massacre at Sandy Hook Elementary School in Connecticut.

Seattlepi.com reported on Thursday that prosecutors are asking that John Christian Parks spending at least a decade in prison after they succeed against him in a jury trial.

Parks had been caught with several other men by U.S. Forest Service police in Washington's Mount Baker-Snoqualmie National Forest while he was shooting assault rifles at explosive targets and smoking meth last March. Officers seized four assault rifles at the time.

In 2004, Parks had been convicted of drug charges, but not before he temporarily escaped from the King County Jail. As a convicted felon, he was not allowed to possess any type of firearm.

But days after officers seized the weapons in March, Parks contacted Forest Service police demanding that they return "our guns." He later sent an email from federal detention telling a white supremacist minister that the seizure had been an “illegal gun grab.”

Parks insistence got the attention of the Bureau of Alcohol, Tobacco, Firearms and Explosives, which launched an investigation and searched his home in Belfair. Evidence gathered at the home showed how Parks had purchased at least three of the AR-15 assault rifles over the Internet. They also found body armor, a revolver and manuals for the assault rifles.

Records showed that Parks purchased one Smith & Wesson AR-15 on Craigslist from a man who had legally purchased it at a gun shop last January or February in fear that the rifles might be banned after the Sandy Hook massacre.

The seller told the ATF that he made no attempt to check Parks' ID or background, but he could tell that the buyer was "one of those end of the world types of guy."

Parks later bought a Bushmaster Firearms International AR-15 from a man on Craiglist who had originally purchased it at a Cabella’s sporting goods store. And then Parks purchased a third AR-15 from a Virginia man advertising it on Gunbroker.com.

“Thank you and Yahweh bless you and the men and woman you work with in uniform,” Parks wrote the Virginia man in an email. “Yahweh protect you all from our enemies abroad and may you all uphold your oath to the constitution to protect it from foreign and DOMESTIC enemies that are trying every day … to bring a communist socialist dictatorship (where) the American is … the sheep to be (led) to the Gulag FEMA camps to have a fate as much of our Russian kinfolk did in the 20th century under the Bolshevik revolution IE:Jewish Zionist revolution=TORTURE and DEATH!"

He concluded the email with the phrase, "Hail victory!" a translation of the Nazi salute, "Sieg Heil!"

According to other emails Parks sent to his girlfriend from federal detention, he follows the teachings of the Christian Identity movement, which teaches that only white people have souls.

Prosecutors have requested a sentence of at least 10 years for Parks.

“The combination of his drug dealing convictions, his clear and deliberate attempts to conceal his identity as the purchaser of the charged weapons, and the nature of the firearms themselves demonstrate that Parks has no intention of complying with the law and will likely continue to obtain firearms upon release from incarceration,” Special Assistant U.S. Attorney Stephen Hobbs wrote in court papers.

Parks' attorney has argued that the sentence should be set at four years.

U.S. District Judge Thomas Zilly is scheduled to sentence Parks on Thursday for one count of unlawful gun possession.