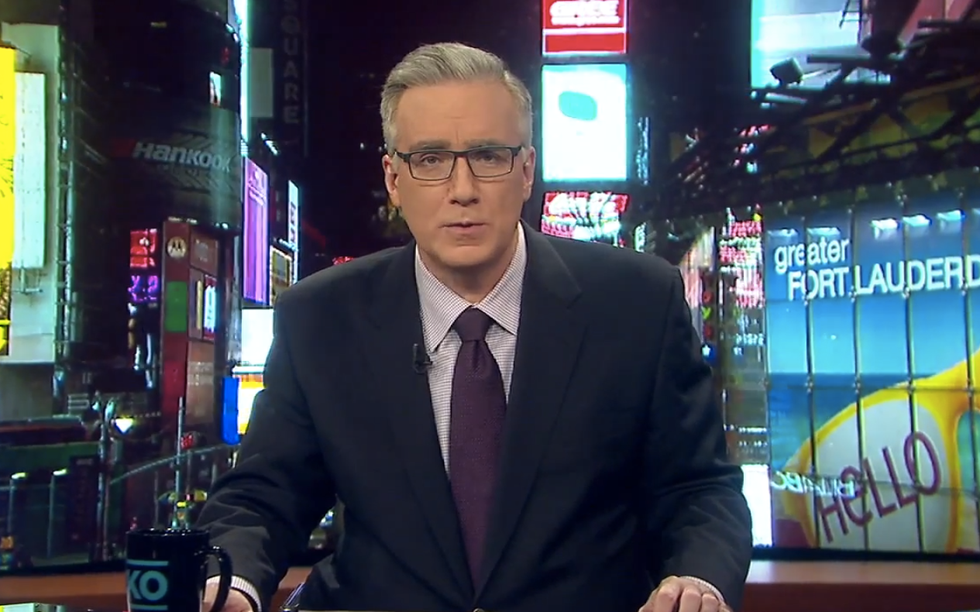 On Monday night, Keith Olbermann dedicated a segment of his ESPN show to naming Sochi Mayor Anatoly Pakhomov the Worst Person in Sports.

On Monday, Pakhomov told the BBC that his town is ready for the 2014 Winter Olympics, which begin next week. When asked about his country's hardline stance against the rights of LGBT people, Pakhomov said that there are no such people in Sochi.

"We don't have them in our town," he said. In Sochi, the citizens "respect Russian law" and "don't impose their habits on others."

Olbermann said that Pakhorov may have the honor of presiding over the "saddest and most tear-stained" Winter Olympics in history.

As to the mayor's assertion that no LGBT people reside in Sochi, Olbermann said, "Really? Statistically, isn't that impossible?"

"I'm not sure," Pakhorov told the BBC, "but I don't bloody know them."

"Go ahead, Mr. Mayor," Olbermann. "We can still the see your head poking out of the top of that hole you're digging for yourself."

Olbermann responded to Pakhorov's statement about people imposing their "habits" on others by saying, "Yeah, 'doesn't impose their habits on others' said the mayor of the city that now represents the Russian government imposing its habits on the LGBT community without any apparent irony or self-awareness."