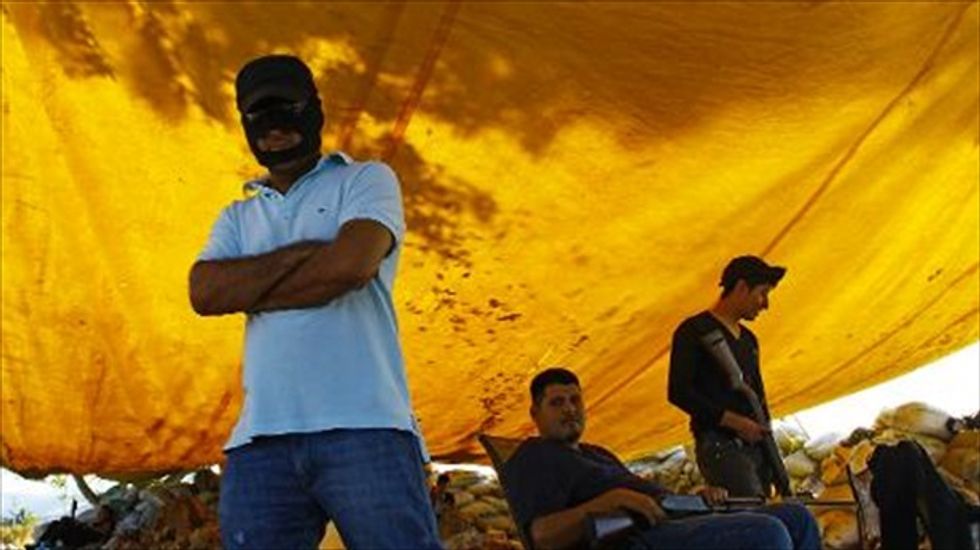 More than 200 soldiers and federal police swept into Apatzingan and disarmed the municipal police as part of a new effort to pacify the troubled western state of Michoacan.

A federal police commander, who requested anonymity, told AFP the local officers were held in their headquarters without communications equipment.

The commander did not say how many local police were detained but AFP reporters saw around 10 municipal officers in the city known as an urban bastion of the Knights Templar drug cartel.

The federal government decided Monday to take over security in the state's agricultural region of Tierra Caliente after the vigilantes gained new ground in their year-long battle to oust the Knights Templar from the region.

A fire was set inside Apatzingan's municipal office last Friday while several stores and cars were torched in arson attacks that were seen as a cartel warning to the vigilantes.

As part of their deployment, federal forces sought to disarm the vigilantes on Tuesday but the two sides clashed. Officials said one person died but vigilantes reported four deaths, including that of an 11-year-old child.