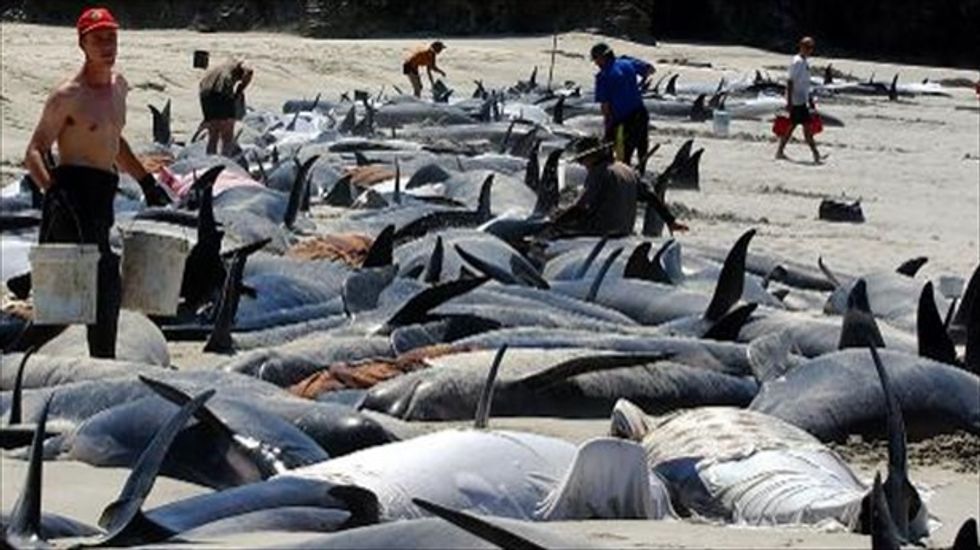 New Zealand conservation officials said Thursday they would have to euthanise eight pilot whales stranded on a remote beach where five others died earlier this week.

The decision to put the whales down was made after they repeatedly returned to the beach after each attempt to shepherd them out to sea.

They were part of a pod of 65 whales sighted near Farewell Spit at the top of the South Island on Tuesday.

Of the 13 whales which became stranded then, five died on the first night and eight more resisted frantic attempts by conservationists to move them out to sea.

"We have done all we can to help these whales but there is only so much we can do for them. Euthanising them humanely relieves their suffering," regional department of conservation manager John Mason said.

"It is a hard call to make but the whales appear to be stressed and suffering from the ordeal of being beached for hours several times over the past two days."

Farewell Spit, about 150 kilometres (90 miles) from the tourist city of Nelson, is frequently the scene of mass strandings by pilot whales, with scientists unsure why they swim ashore in large groups.

Earlier this month a pod of 39 pilot whales died after beaching themselves in the same area.