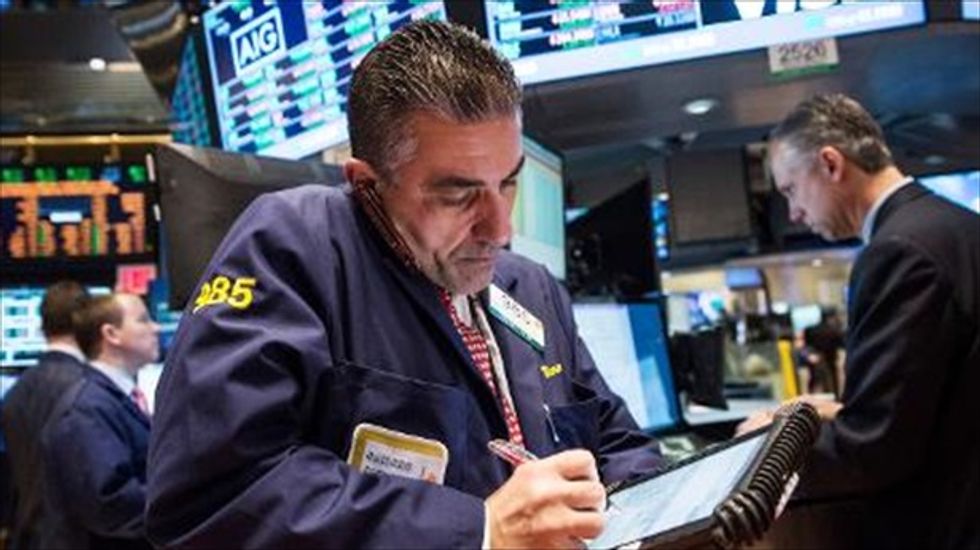 US stocks opened sharply lower Friday amid persistent worries over emerging market economies and a handful of earnings disappointments by US companies.

The US losses mapped the deep falls in European markets as global financial turbulence continues unabated.

Amazon sank 7.6 percent after earnings came in at 51 cents per share, well below the 66 cents forecast by analysts. Results were hit by a sharp rise in expenses.

Walmart, another Dow component, fell 1.0 percent after warning that earnings for the upcoming quarter would be "slightly" below prior forecasts due to cuts in the US food stamp program and bad weather that kept US shoppers at home.

Earnings at MasterCard were 57 cents per share, three cents below expectations, sending its shares down 5.4 percent.

Mattel tumbled 9.0 percent after earnings missed the $1.20 per share estimate by 13 cents due to a six percent decline in worldwide sales.

Social games company Zynga shot up 17.9 percent after announcing it was buying mobile game and animation firm NaturalMotion for $527 million.

Bond prices rose. The yield on the 10-year US Treasury fell to 2.66 percent from 2.69 percent, while the 30-year declined to 3.60 percent from 3.64 percent. Bond prices and yields move inversely.