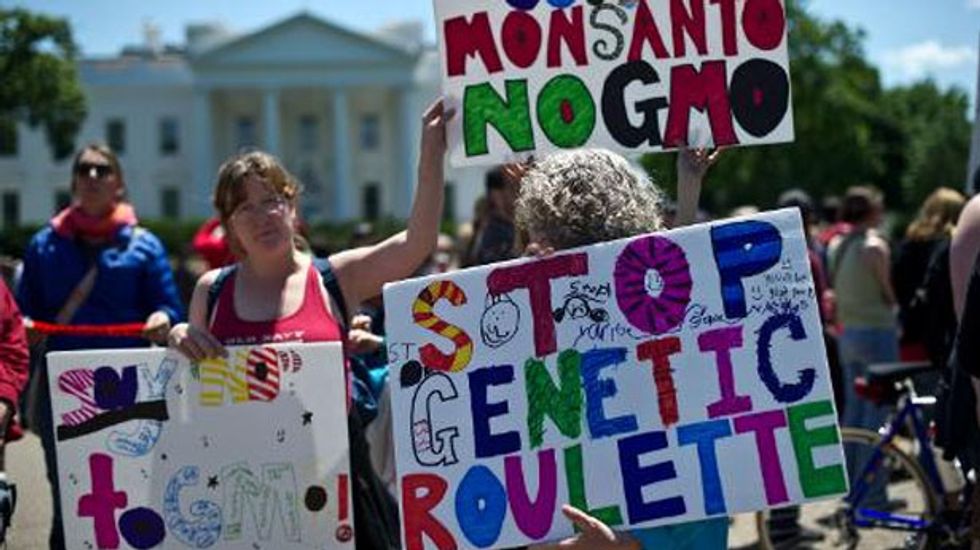 The US Supreme Court Wednesday refused to hear an appeal seeking to prevent Monsanto from suing farmers who inadvertently grew crops contaminated by its genetically engineered seed.

It was the second time the top US court has sided with the American agro-giant in its running fight with farmers over seed patent rights, after a ruling in its favor in a May 2013 case involving an Indiana farmer.

In the latest case, the Organic Seed Growers and Trade Association had asked that Monsanto agree not to sue farmers if they inadvertently grew plants containing traits of patented genetically engineered seed.

In rejecting the suit without comment, the Supreme Court let stand a federal appeals court ruling that the group's challenge was unwarranted because Monsanto had already given binding assurances it would not sue when only trace amounts of its genetically modified seed were involved.

Monsanto had argued that to grant the organic growers' request would allow farmers' to intentionally violate its patents.

The company has filed more than 100 law suits in the United States against farmers it alleges planted its seeds without paying royalties.