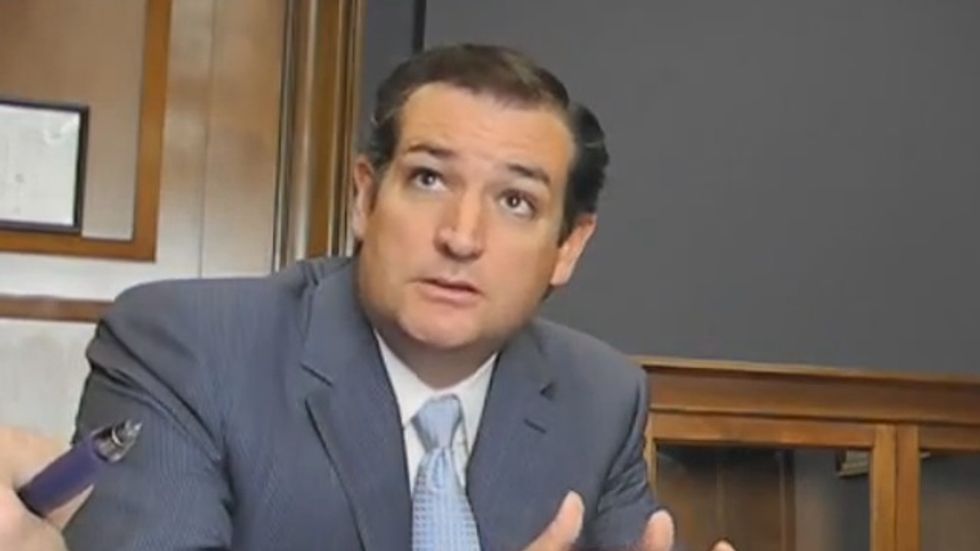 Freshman Sen. Ted Cruz (R-TX) chided reporters on Tuesday for continuing to ask him about last fall's Republican-led shutdown of the federal government. According to Yahoo! News, the Tea Party favorite is trying to change the subject every time he's asked about it.

From a risible appearance on CBS' "Face the Nation with Bob Schieffer" last Sunday to a press conference on Tuesday, Cruz appears determined to shift the blame for the disastrous political maneuver on to Democrats and the Obama administration.

His remarks on Tuesday continued in that vein.

“I understand that there are a lot of folks in the media that love to talk about the shutdown from four months ago," he said. "What we ought to be talking about is the fact that we have the lowest labor force participating in 30 years since 1978, that Obamacare has taken away more than 5 million people's health insurance plans, that people are hurting, that income inequality has increased under the Obama agenda and that there is an abuse of power and lawlessness."

“So that’s what we ought to be talking about. Efforts that distract from that conversation, I think, are deliberate efforts of smoke and mirrors distracting from the questions coming from the American people," he insisted.