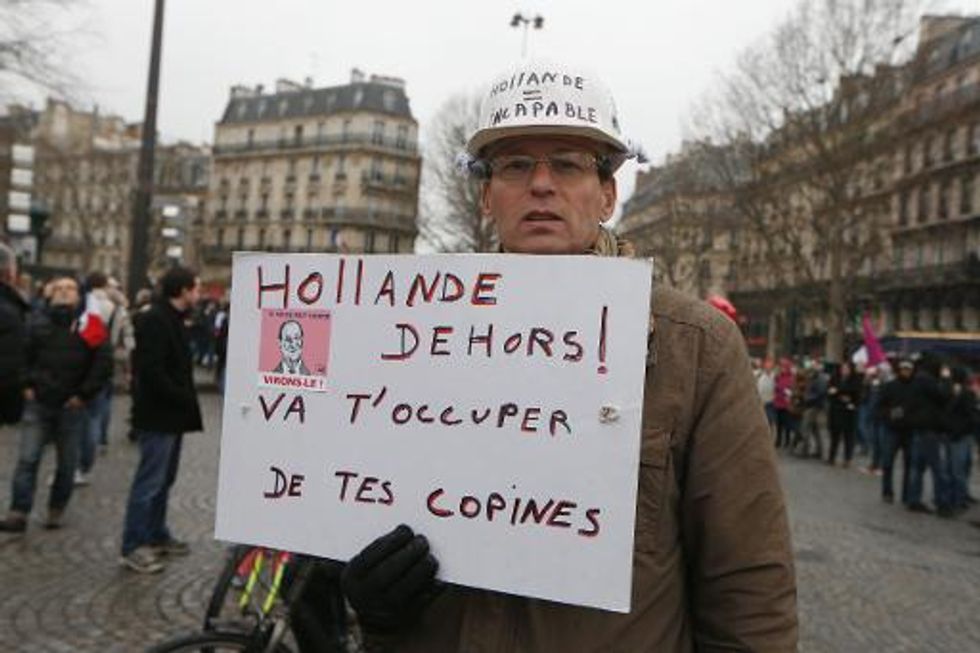 Thousands marched through Paris on Sunday in a "Day of Anger" against embattled President Francois Hollande's policies, including his decision to legalise gay marriage. The protest called by a motley group of some 50 small and mainly right-wing organisations…