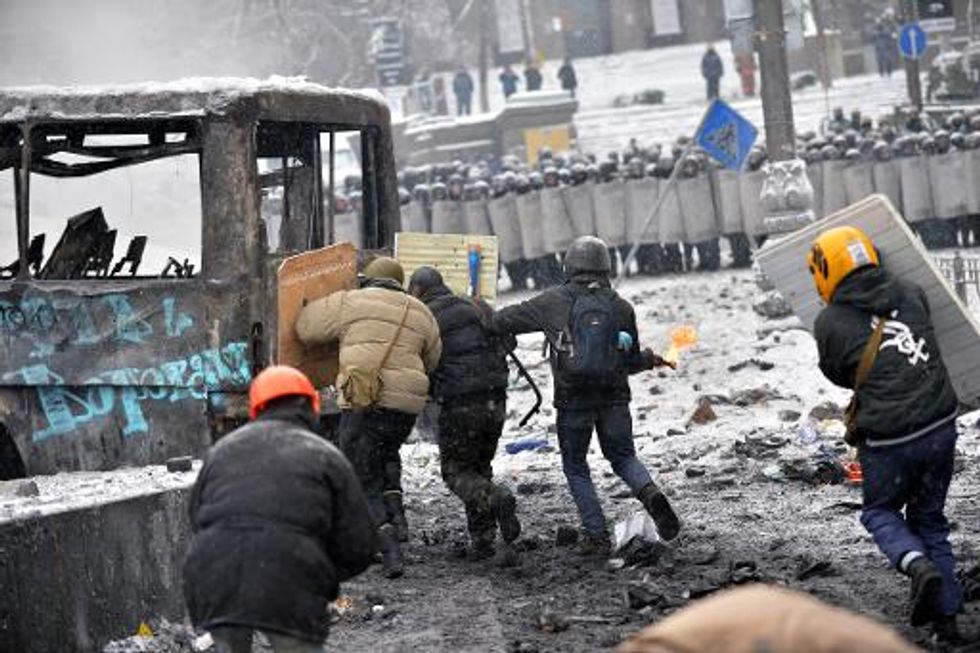 US revokes visas for 'several Ukrainians' over violence (via AFP)

The United States has revoked the visas of several Ukrainian nationals linked to violence in Kiev, the US embassy said Wednesday after two protesters were killed during clashes with police. "In response to actions taken against protestors on the Maidan…