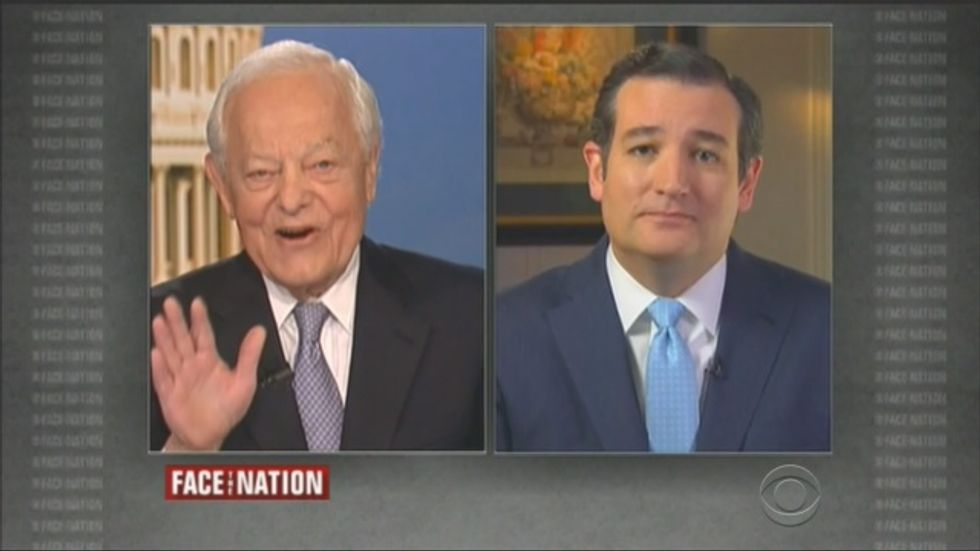 The veteran newsman led off his Sunday interview by simply asking if Cruz would be willing to once again hold the government hostage to try to get concessions from President Barack Obama.

"The question I asked you was, would you ever conceive of trying to shut down the government again?" Schieffer pressed, clearly not buying in to the alternate reality.

"Well," Schieffer interrupted, laughing out of frustration. "If you didn't threaten to shut down the government, who was it that did?"

"Senator, I know what Republicans were telling me -- like [House Speaker] John Boehner -- that this was a disaster and never again," Schieffer shot back, frustrated but also clearly amused at the senator's talking points.