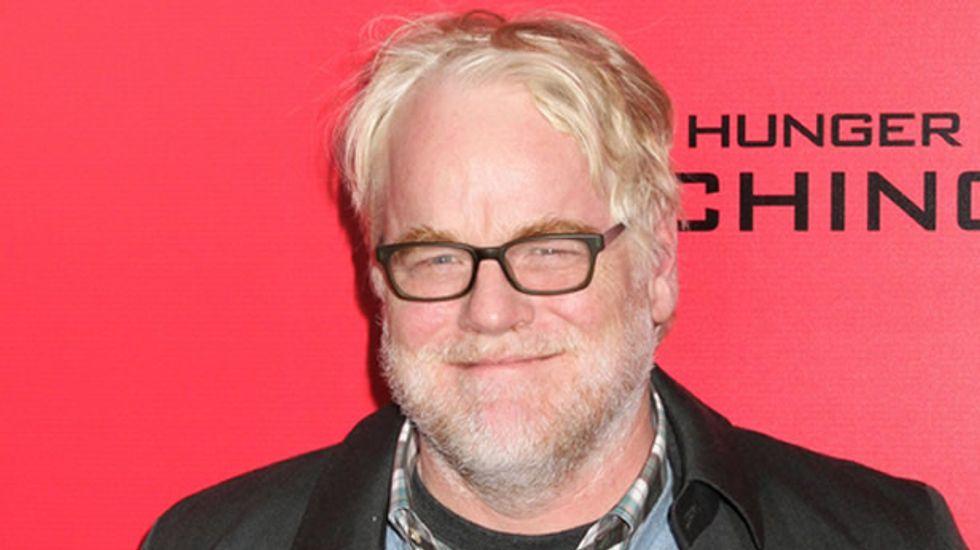 The police have not released a cause of death yet, but NBC News's Tom Winter tweeted that the actor was found with a needle in his arm, next to bags of what are believed to be heroin.

A graduate of NYU drama school, Hoffman won a Best Actor Academy Award in 2005 for his role as Truman Capote in the film of the same name. He was also nominated as Best Supporting Actor three times. Most recently, he appeared in Hunger Games: Catching Fire.

The Huffington Post reports, aggregating from other sources, that:

The New York Police Department is investigating and a law-enforcement official confirmed to WSJ that the Academy Award-winning actor died in his 35 Bethune St., West Village home.

The New York Post reports that Hoffman was found dead on his bathroom floor of an apparent drug overdose by a friend at 11:30 a.m. According to the New York Times,the friend visited Hoffman's home after he could not get a hold of the actor and grew concerned. WSJ criminal justice reporter Pervaiz Shallwani tweeted that Hoffman was alone at the time of his death and the man who found him was screenwriter David Katz, with whom Hoffman had recently been working on a project.

An official told the NYT that a syringe was found in the actor's arm at the scene, accompanied by what appeared to be an envelope of heroin. “It’s pretty apparent that it was an overdose," the official confirmed. "The syringe was in his arm.”

Hoffman struggled with drug abuse as a young man, telling an interviewer in 2006 that he would never have succeeded in his career had he not gotten sober in 1990. After 23 years sober, he checked into rehab for ten days earlier this year.

He told 60 Minutes that after graduating from New York University’s drama school, “It was all that [drugs and alcohol], yeah. It was anything I could get my hands on ... I liked it all."

Hoffman was also quoted as saying, "“I have so much empathy for these young actors that are 19 and all of a sudden they’re beautiful and famous and rich. I’m like, ‘Oh my God, I’d be dead.”’