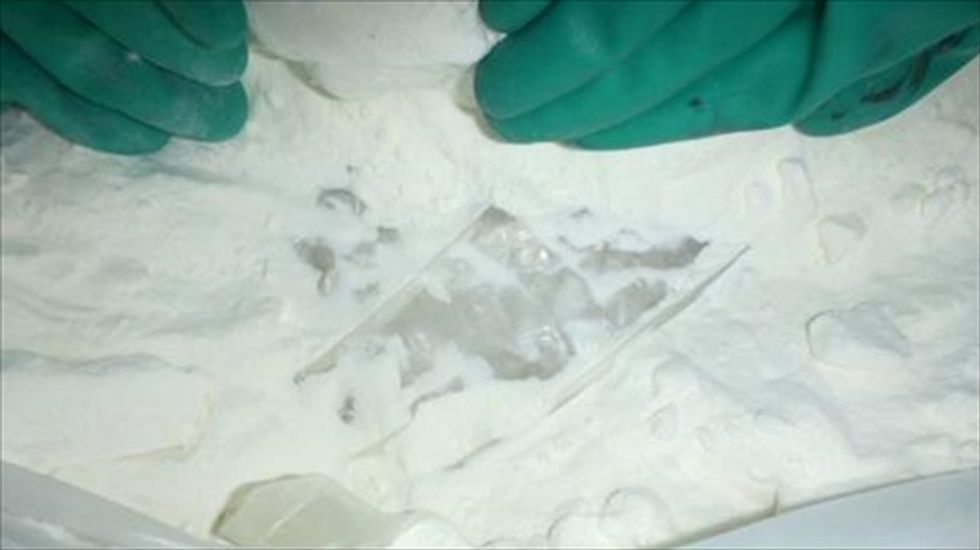 Authorities in Australia have seized Aus$180 million (US$162 million) of methamphetamine stashed in a consignment of kayaks from China and arrested four Taiwanese nationals, police said Wednesday.

The 183-kilogramme (402-pound) haul was discovered during a joint Australian Federal Police and Customs and Border Protection Service operation at Sydney's container port.

Border officers selected a container from China for X-ray inspection which revealed that 19 of the 27 kayaks inside contained packages of methamphetamine, or crystal meth.

Police then conducted a controlled delivery of the container to a storage facility in Sydney, and on Tuesday arrested three men and one woman -- all Taiwanese -- after they allegedly went to pick up the drugs.

A fifth person, an Australian, was arrested at his home.

"This is a great example of authorities working together to identify and disrupt criminals who are seeking to import drugs into Australia," said the Federal Police's Sydney chief commander Ray Johnson.

"The police and its partner agencies will continue to stop these harmful drugs from reaching our streets and affecting our neighbourhoods and communities."

The 32-year-old Australian man and the Taiwanese woman, 28, were each charged with one count of attempting to import a commercial quantity of a border-controlled drug.

The other three Taiwanese, aged 35, 30 and 21, were charged with one count each of possessing a commercial quantity of a border-controlled drug.