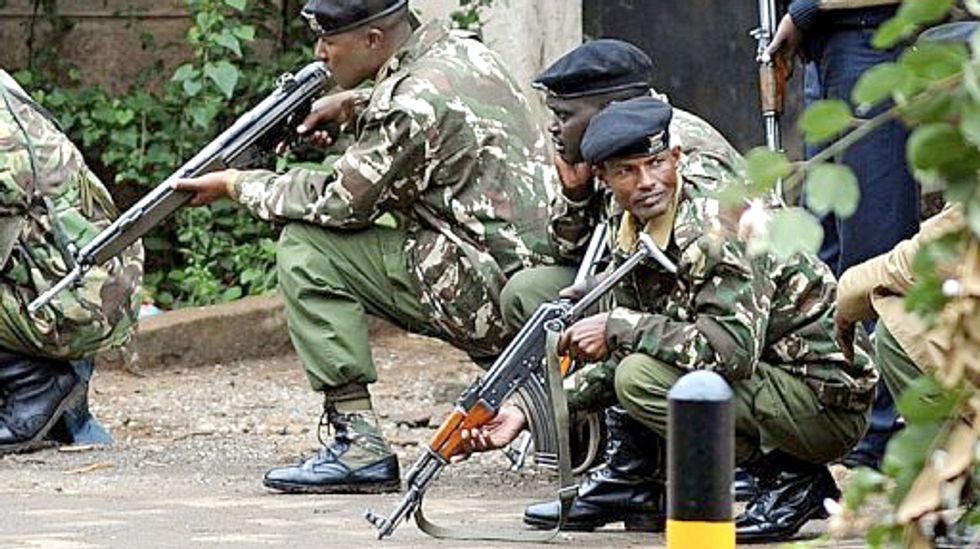 Kenya's army revealed Friday that the bodies of the gunmen who attacked Nairobi's Westgate shopping mall last year are in the hands of the FBI.

Military chief Julius Karangi was describing his troops' response to the attack at a forum organised by the media council to review coverage of the incident.

He said his troops finally killed the attackers on the Monday morning, two days after they marched into the Westgate mall on September 21 and sprayed shoppers and staff with machine gun fire.

He said the all-clear was finally given late on Tuesday, September 24, after at least 67 people had been killed.

"After the incident happened on Saturday, we finished them on Monday morning," Karangi told the audience at a Nairobi hotel.

"Their bodies are with the FBI somewhere," he said.

Karangi did not give any further details on the bodies.

All four attackers were ethnic Somalis -- and believed to come from Somalia -- with two of the attackers named as Mohammed Abdinur Said and Hassan Abdi Dhuhulow, a 23-year old Somali who spent several years in Norway.

Kenyan security forces initially said they were fighting around 12 attackers, although the number of gunmen later turned out to be just four.

Somalia's Al-Qaeda-linked Shebab claimed responsibility for the attack, saying it was a warning to Kenya to pull its troops out of southern Somalia, where they are fighting the extremists as part of an African Union force.

The group said the attackers were from a special suicide squad.