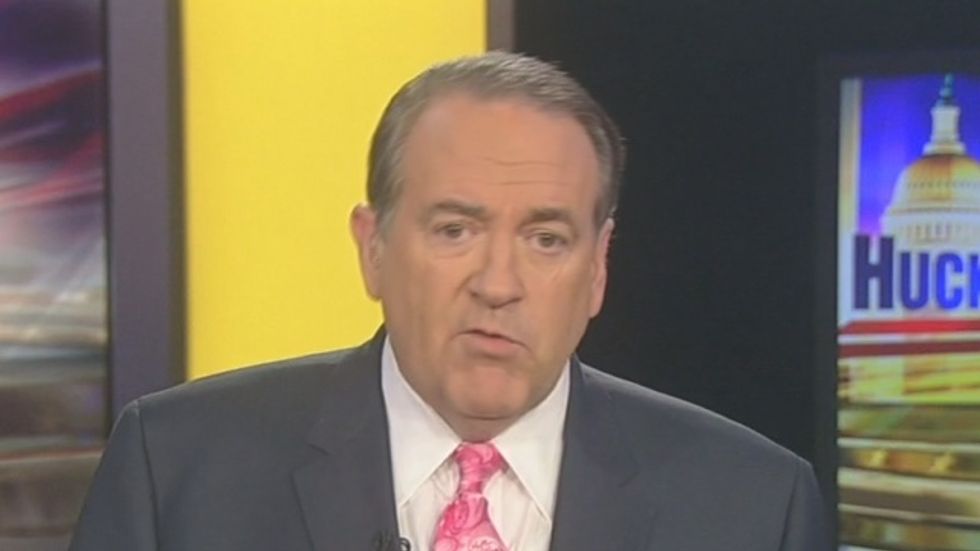 CNN analyst John Avlon on Tuesday said that former Arkansas Gov. Mike Huckabee had positioned himself as the "perfect" Republican presidential candidate by taking a job as host at Fox News.

A CNN poll released this week found that Huckabee had a 1 point edge over embattled New Jersey Gov. Chris Christie (R). And a recent Public Policy Polling Survey showed the Arkansas Republican leading the field with 16 points, followed by former Florida Gov. Jeb Bush with 14 points and Christie with 13 points.

"The endurance of Mike Huckabee, he has sort of a zombie-like quality, he keeps coming back," Avlon told CNN host Carol Costello on Tuesday. "And it's because he appeals to so many different elements of the GOP base: Southern, evangelical, Fox News host. And he's sort of the compassionate conservative. He can deliver a positive message."

"So, the fact that he keeps coming back by being sort of the perfect color-by-numbers candidate is a sign of out how much the base really wants that comfort," the former Giuliani speechwriter added. "Because right behind him is Rand Paul. That is a radically different vision."