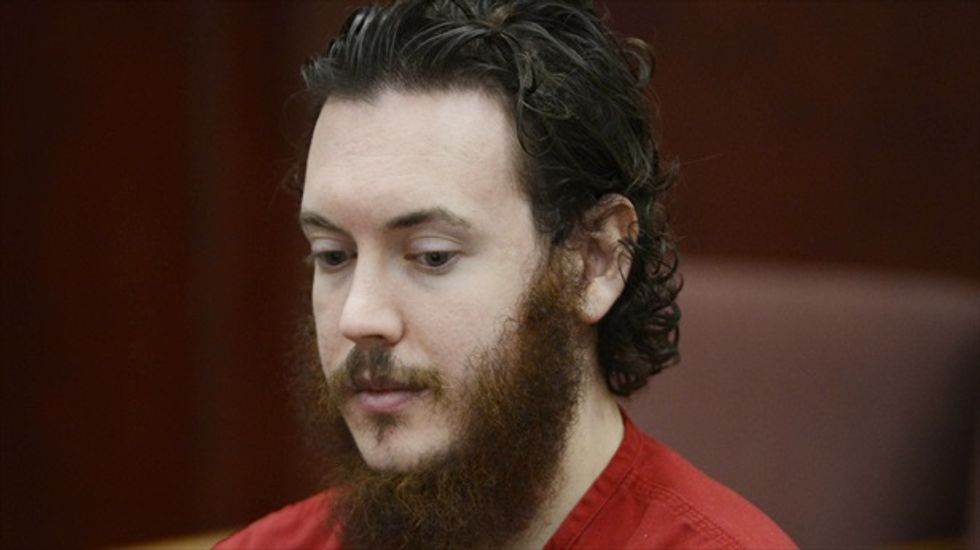 Public defenders had argued that police lacked sufficient probable cause when they sought search warrants for Holmes' iPad and iPhone, email accounts and banking records, or were "overbroad" in their requests.

Holmes, 26, is charged with multiple counts of first-degree murder and attempted murder for opening fire inside an Aurora, Colorado, cinema during a viewing of the Batman film "The Dark Knight Rises" in July 2012.

The shooting spree killed 12 movie goers and wounded 70 others.

The one-time neuroscience graduate student has pleaded not guilty by reason of insanity, and prosecutors said they will seek the death penalty for Holmes if he is convicted.

Public defenders have challenged nearly every piece of evidence amassed against their client and have lost most of those legal battles. They concede Holmes was the lone gunman but have said he was in the midst of a psychotic episode when he went on the rampage.

Among the evidence that the judge ruled jurors will be allowed to see are photographs lifted from Holmes' iPhone that showed him posing with his weapons hours before he launched the attack.

Officers who responded to the crime scene observed Holmes on his phone and therefore "had probable cause to believe that the defendant's iPhone qualified as an instrumentality of those crimes - because it had been used inside the theater during the shooting - and contained evidence related to those crimes," Samour wrote.

Holmes underwent a court-ordered sanity examination last summer after he invoked the insanity defense, but his evaluators' findings have not been made public.

Holmes' trial has been postponed indefinitely while the judge decides whether to grant prosecutors' motion to have the California native undergo a second sanity examination by their experts. At a hearing last month, Samour said he would rule on the prosecution request in coming weeks.

Defense lawyers also said in court filings that Holmes should not be executed if he is convicted of murder because he suffers from a chronic mental illness.