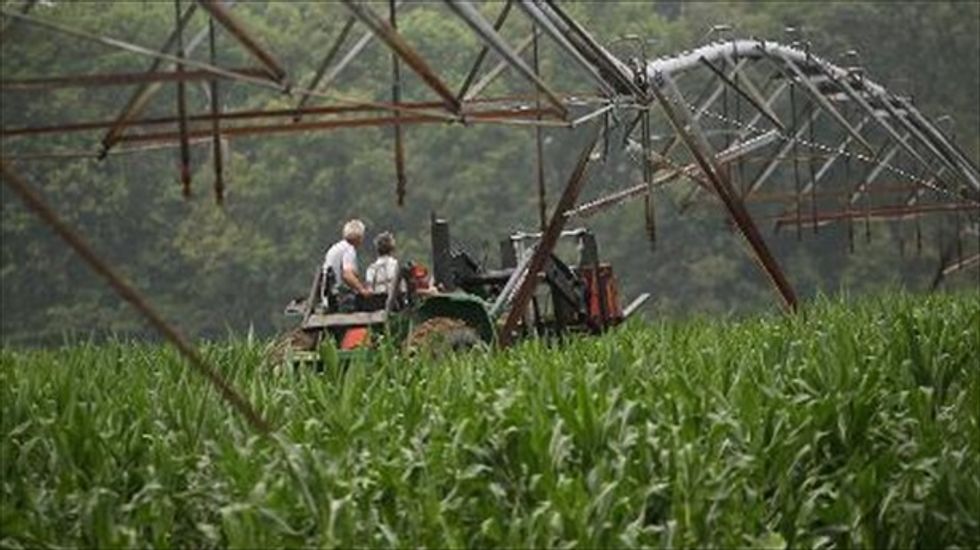 Farmers ride a tractor through their corn field as they prepare to move their irrigation system to another part of the field on July 20, 2012 near Whiteland, Indiana [AFP]

The US Congress passed a massive, long-overdue bill Tuesday that overhauls agriculture policy, including halting direct payments to farmers.

The five-year $956.4 billion measure, which also reforms the food stamp program for the poor to save $8 billion, marks a rare point of cooperation among bitterly divided lawmakers.

It passed the Senate 68-32, with broad bipartisan support after easily clearing the House of Representatives last week.

It now goes to the desk of President Barack Obama, who is expected to sign it into law, ending a nearly three-year battle over agriculture policy.

"We've arrived at a farm bill that works for all of America," a relieved Senator Debbie Stabenow, the Democratic chair of the Senate Agriculture Committee who helped broker the deal with House Republicans, said moments before the vote.

She called the legislation "a major bipartisan jobs bill" that helps expand US food exports, broaden conservation efforts that safeguard US lands and water resources, mitigate rancher and farmer risks, and ensure a safety net for millions of needy families.

Among its key provisions is the abolition of a decades old program that pays billions of dollars per year in subsidies directly to farmers, regardless of whether or not they suffer crop losses or even plant crops.

Most of the savings from scrapping that controversial program will now go directly into a new crop insurance program.

The bill slashes some $23 billion from the national debt, but some congressional conservatives opposed the measure for not cutting enough.

Several liberals also opposed the bill, arguing the cuts to the food stamp program -- which would reduce aid to some 850,000 families, according to government estimates -- went too deep.

But the compromise signaled that lawmakers could still come to the table and thrash out a deal, despite Congress's reputation as a broken body.

"The partisanship in Congress has been deeply frustrating, but this farm bill has been a bright light," Senator Heidi Heitkamp said.