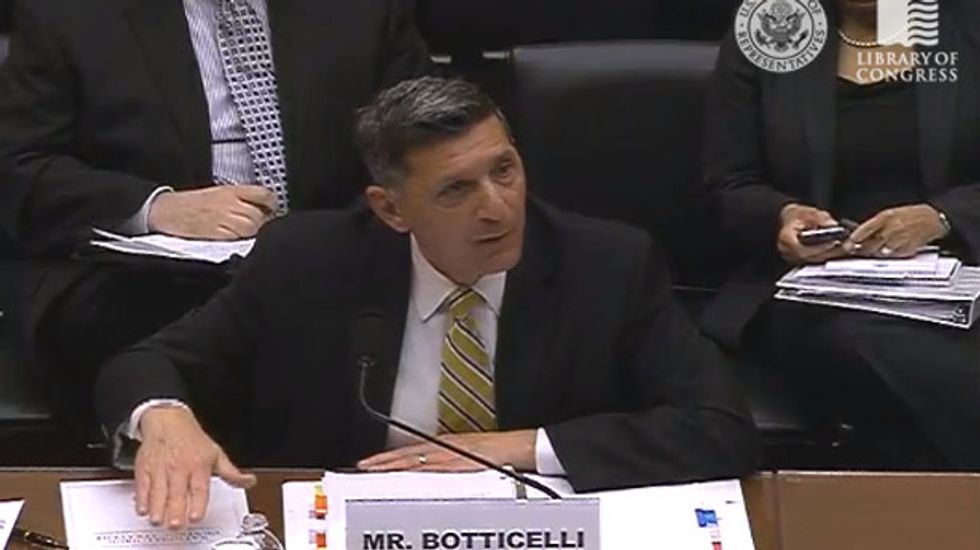 The deputy director of the White House's Office of National Drug Control Policy admitted Tuesday that marijuana was less deadly than alcohol, but insisted that pot was not a benign drug.

At a House Oversight Committee hearing,  the drug czar's second-in-command, Michael Botticelli, received a stern questioning from Rep. Gerry Connolly (D-VA) about the harms of marijuana in light of President Barack Obama recent comments on the subject.

"How many people die from marijuana overdoses every year?" Connolly asked.

"I don't know that I know. It is very rare," Botticelli replied.

Botticelli admitted that was true.

But Botticelli refused to answer. Guessing where the line of questioning was headed, he said the "totality of harm" associated with marijuana indicated it was a dangerous drug, even though it was not associated with deaths.

"I guess I'm sticking with the president -- the head of your administration -- who is making a different point," Connolly fired back. "He is making a point that is empirically true. That isn't a normative statement, that marijuana is good or bad, but he was contrasting it with alcohol and empirically he is correct, is he not?"

Botticelli again tried to dodge the question, but Connolly interrupted him and told him to answer.

"Is it not a scientific fact that there is nothing comparable with marijuana?" Connolly asked. "And I'm not saying it is good or bad, but when we look at deaths and illnesses, alcohol, other hard drugs are certainly -- even prescription drugs -- are a threat to public health in a way that just isolated marijuana is not. Isn't that a scientific fact? Or do you dispute that fact?"