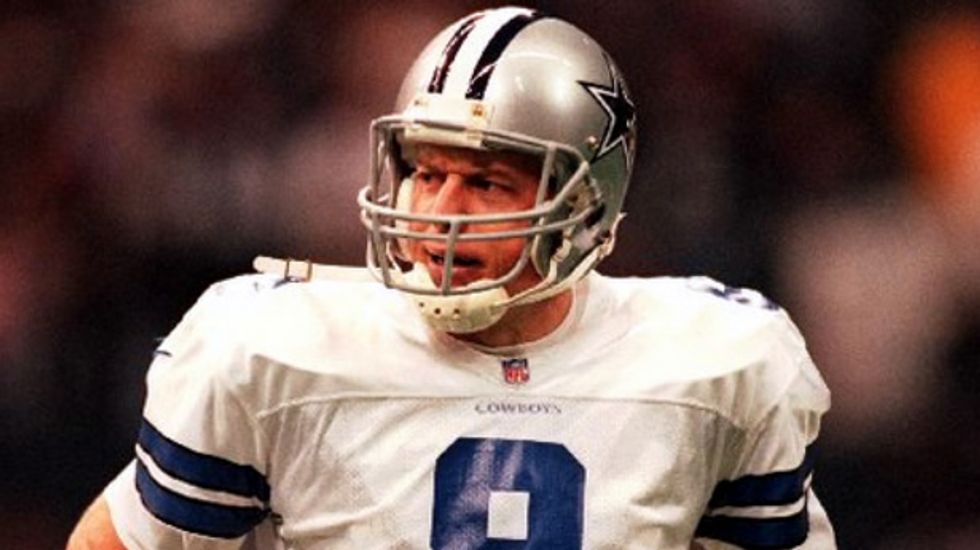 Former Dallas Cowboys coach Barry Switzer told Nashville sports radio station WNSR that he would "never recruit a white quarterback" unless his "mom and daddy [were] both black."

He was speaking to the host about the possibility of drafting former Heisman Trophy winner, Texas A&M quarterback Johnny Manziel, whom Switzer earlier called "an arrogant little pr*ck."

For years, there was a stigma against black quarterbacks in the National Football League because, it was believed, they weren't cerebral enough to run a modern offense.

Switzer didn't exactly indicate why a black quarterback would be inherently preferable in that offensive scheme, although he did say that three black quarterbacks "Jamelle Holieway, J.C. Watts, Thomas Lott, would have to be my quarterbacks [because they are] great runners, great ball carriers."

One of his former quarterbacks in Dallas, Hall of Famer Troy Aikman, had the following to say on Twitter:

Listen to Switzer's interview with WNSR below.