Mass. woman convicted of killing pregnant friend and cutting baby out of her womb 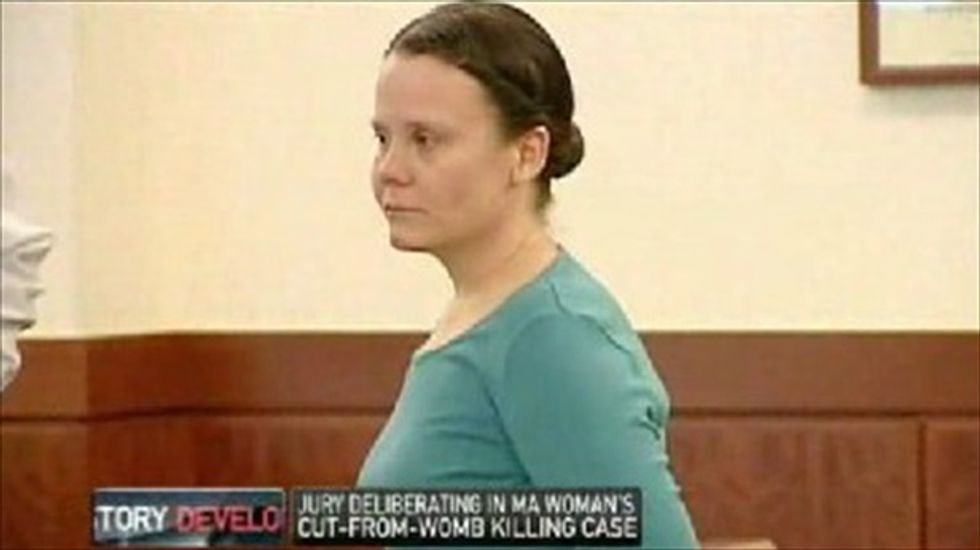 A 39-year-old Massachusetts woman was convicted on Wednesday of killing her pregnant friend, cutting her unborn child out of her womb, and attempting to pass the child off as her own.

The Associated Press reported that jurors deliberated for 10 hours before finding Julie Corey guilty of the murder of 23-year-old Darlene Haynes on July 23, 2009. Haynes was eight months pregnant at the time.

Corey did not testify during the trial. She will be sentenced on Tuesday. New England Cable News reported that Corey could be sentenced to life in prison.

"It's probably the most horrific case this office has ever seen in terms of facts," District Attorney Joseph Early Jr. was quoted as saying. "This woman was killed for her baby."

Prosecutors said during the trial that Corey suffered a miscarriage three months before she fatally beat and strangled Haynes. Police found the victim four days later with her abdomen cut open and the child missing. Authorities later found Corey with the child and her boyfriend, Alex Dion, at a homeless shelter in New Hampshire.

Dion testified that Corey, whom he believed at the time was pregnant, called him on the night she killed Haynes and told him she was being taken to the hospital to give birth. Shortly afterwards, he said, Corey called him again and said, "We have a baby." Corey then arrived the next morning with Haynes' daughter. The girl survived despite being pulled out of Haynes' womb, and currently lives with her biological father.

According to a new report from the Los Angeles Times, several deputy district attorneys and public defenders received doses of the coronavirus vaccine despite the fact that the county is only supposed to be vaccinating healthcare workers.

"While it is unclear exactly how many doses were administered, an internal e-mail obtained by The Times confirmed several public defenders had been vaccinated as of Wednesday morning," the report stated. "That same e-mail, sent by a supervisor in the Los Angeles County district attorney's office, directed prosecutors to go to a testing site in Crenshaw to receive the vaccine."