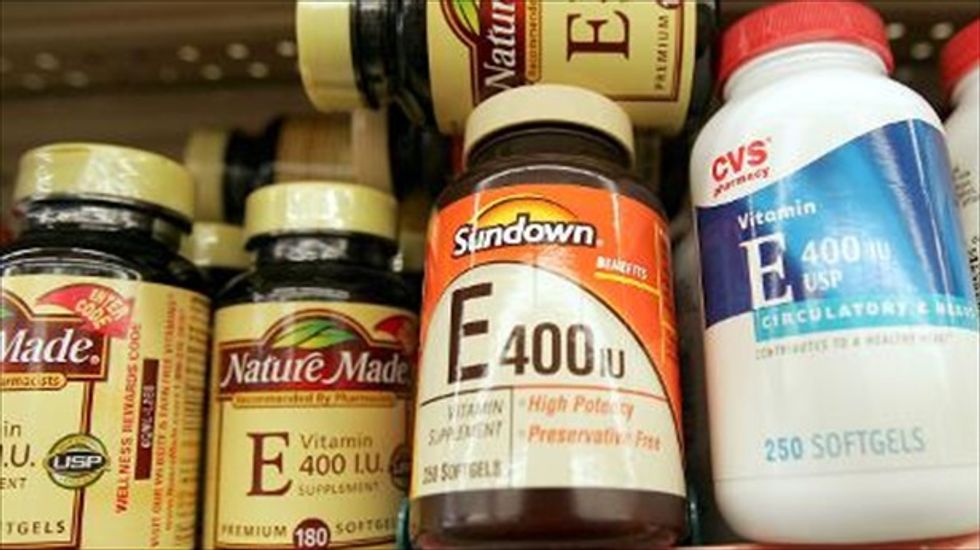 In yet another blow to the $28 billion vitamin industry, a US task force on Monday urged against taking Vitamin E and beta-carotene to ward off heart disease or cancer.

The latest guidelines from the US Preventive Services Task Force update the 2003 edition by adding Vitamin E to beta-carotene, a supplement that was already known to be ineffective at preventing the two most fatal diseases in America.

The findings are based on a systematic review of scientific studies which found that Vitamin E does not help -- and that beta-carotene supplements could actually do more harm than good.

"Beta-carotene can be harmful because it increases the risk of lung cancer in people who are already at increased risk for the disease," said Task Force co-chair Michael LeFevre.

With regard to other multivitamins, including single or paired supplements, there was not enough evidence to say whether they help or harm one's chances of getting heart disease or cancer, the task force said.

Despite numerous warnings about the unproven effects of vitamins, consumers continue to believe in them, with about half of US adults saying they take at least one dietary supplement and one-third reporting they take a multivitamin regularly.

The task force's recommendations apply to healthy adults who have no special medical concerns.

Some populations, however, are urged to take certain vitamins.

Pregnant women are advised to take prenatal vitamins with folic acid according to their doctors' advice, and seniors at risk of falling are urged to take vitamin D for bone health.

Instead of taking supplements, the task force urged most people to simply eat a healthy diet rich in fruits, vegetables, whole grains, low-fat dairy and seafood.

"Cardiovascular disease and cancer have a significant health impact in America, and we all want to find ways to prevent these diseases," said Task Force chair Virginia Moyer.

"However, we found that there is not enough evidence to determine whether taking single or paired nutrients or a multivitamin helps to prevent cardiovascular disease or cancer."

The task force is an independent panel of medical experts from across the United States.

Its statement was published in the February 24 edition of the Annals of Internal Medicine.

According to Victoria Richards, an assistant professor of medical sciences at the Frank H. Netter MD School of Medicine at Quinnipiac University, the task force's recommendations are "significant."

"If followed, not only will this likely save consumers money, it encourages more study on associations between dietary supplements and adverse outcomes," she said.