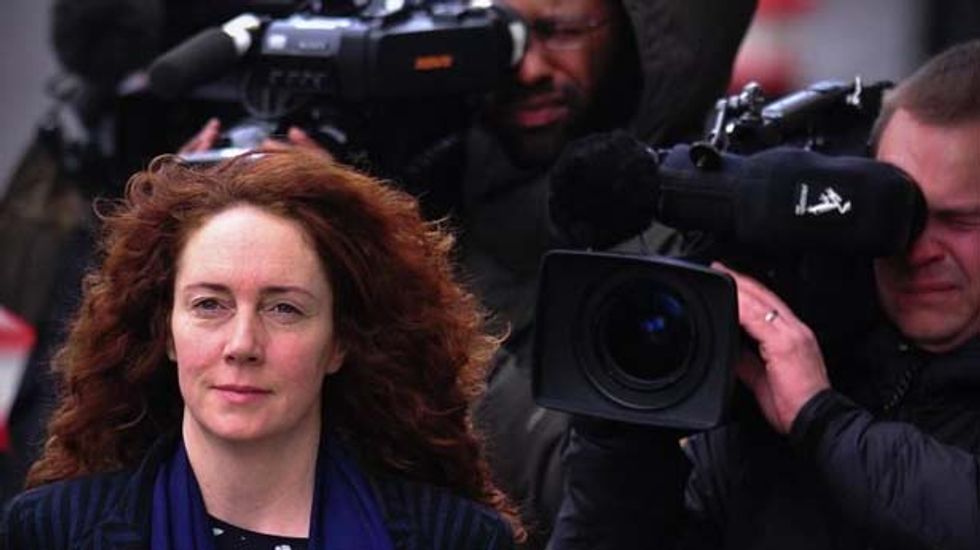 Rebekah Brooks, the former editor of the News of the World and the Sun tabloids, was found not guilty Thursday of approving a payment to a public official for a photo of Prince William.

After three and a half months of prosecution argument at the Old Bailey court in London, Brooks was due to begin her defence case on Thursday.

But before she took the stand, Judge John Saunders instructed the jury to formally acquit the 45-year-old of one charge of misconduct in public office.

Brooks was accused of sanctioning a payment of £4,000 ($6,700, 4,900 euros) to a public official for a picture of Prince William, the second in line to the throne, dressed as a bikini-clad Bond girl at a party at the army training school Sandhurst.

The image was never published but led to a story in the Sun, the Murdoch-owned daily which Brooks edited between 2003 and 2006, with the headline "Willy in a Bikini" together with a mocked-up picture of the prince in a green swimsuit.

"I have decided that there is no case for Ms Brooks to answer on count four. That is the charge relating to a picture of Prince William in a bikini," said the judge.

Brooks smiled as the foreman of the jury recorded a not guilty verdict as directed, although she is still on trial on four other charges.

There are six other defendants on trial, including her deputy at the News of the World and successor as editor, Andy Coulson, who is accused of phone hacking and paying officials for stories.